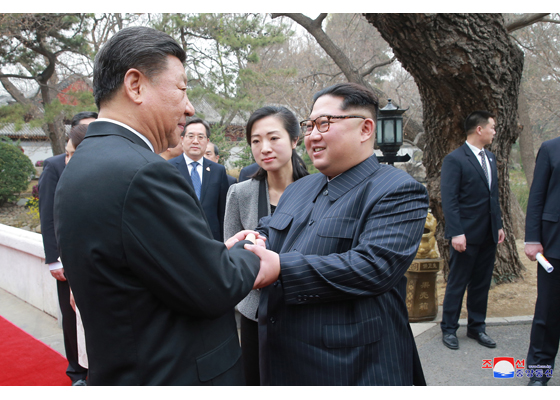 Tensions over a pending trade war between China and the US are quickly escalating with both Washington and Beijing mobilizing at home. There have been no negotiations and the differences are widening in how each side sees the conflict. The probability for a trade war is increasing.

The Trump administration persists with the idea that the US is suffering losses. Trump tweeted on Thursday, calling China "a great economic power" and said it is unfair to the US for the WTO to treat China as a developing country. Larry Kudlow, Trump's top economic advisor, supported that notion, saying China is no longer a third-world country and should be held to the same standards as other economic powers.

At the same time, the US continues to accuse China of stealing US intellectual properties. Washington's plan to attack China's growing capacity for innovation by instigating a trade war has become clear. The US action has reinforced a notion in China that this is no ordinary trade war but a strategic move to counter China's rise and perpetuate the overall advantage of the US.

In such a case, the nature of a China-US trade war has changed, making it difficult for both sides to settle disputes through the same model adopted by the US and Japan in the past. Both China and the US believe their moves will affect their countries' future and their status in the world economies. Both sides may exert their utmost power to fight a trade war at all cost.

We are not absolutely sure whether Washington thinks this way. But information from the US side has pushed Chinese to believe it to be so. The trade war's beginnings are founded in multiple reports from Washington labeling China as its strategic competitor while emphasizing a major power strategic game. There is no reason why Chinese should not prepare for the worst.

As a rising power, China has always been gentle. China is also an active advocate for constructive China-US relations. But signals from Washington that the US is changing its strategy toward China have raised the alarm. This trade war was initiated by the US in an especially brutal way and the price it demands is unbearable for China. The US has given China no choice but to launch a comprehensive resistance.

A strategic resolution is being established in China, which is to fight the Trump administration's trade aggression in the same way the country fought US troops during the Korean War (1950-53). The Korean War caused China much losses but it forced the US to sign on an armistice, damaging Washington's strategic arrogance and winning many years of strategic respect for Beijing. We should fight today's trade war with the same strategic spirit that fears no sacrifice or loss, and force the US to burn the very stick that it wields at China.

China's participation in the Korea War was due to US military's approach to the Yalu River, which is the Chinese border. Today's trade war is also due to US acts that are hurting China's core interests. A sense of crisis that we have no place to retreat is uniting the Chinese society. We know there will be sacrifices but we understand better that there is no limit to the greed of hegemony. If we don't build our trade defense today, we will never know what we will lose tomorrow.

We must point out that the balance of power has changed from six decades ago. Today's trade war will be fought between two relatively equal powers. The absolute advantage is Washington's bluff. Beijing is capable of hurting Washington in every trade battle, making the US suffer the same losses as China suffers.

We have sufficient evidence to believe that this trade war will hurt the US equally. "Chinese hiding in tunnels from US bombing" is not how this trade war will be fought. China has enough ammunition to fight this trade war. The pain brought by this trade war could stimulate China's economic transformation and it may become an opportunity for China to further catch up with the US in overall national strength.

We will let the US re-evaluate how China's system mobilizes its people to counter challenges from an external economic power. We will return whatever pressure that comes from the US in this trade war. Let the two systems engage in this trade war competition. When the fight begins, we will see which one is more capable of persisting.