Peace And Reconciliation On The Korean Peninsula > 새 소식

Peace And Reconciliation On The Korean Peninsula

Grace Ji-Sun Kim, Contributor
Associate Professor of Theology at Earlham School of Religion and author or editor of 13 books, most recently, “Embracing The Other”. 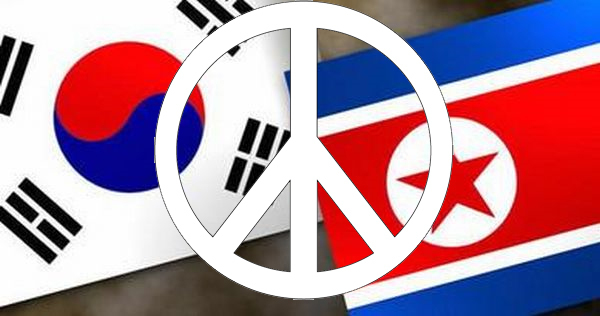 “Let us be those creative dissenters who will call our beloved nation to a higher destiny. To a new plateau of compassion, to a more noble expression of humanness.” ― Martin Luther King Jr.

At Dr. King’s last staff meeting, he talked against building walls and for building bridges in Germany. Dr. King believed that we must choose bridges over war and reconnection over rejection. He wanted to choose love over hate induced by fear and ignorance. As Christians, we believe that when people come together in forgiveness and reconciliation, we can be sure that it is the work of the Holy Spirit. The dismantling of the Berlin Wall that united people of Germany is one of the greatest manifestations of the Holy Spirit in the 20th century.

Today, every Korean has thoughts of reunification. Korea has gone through over 60 years of military posturing, and this has not made us better, but bitter. A shift from a movement of nuclear violation, to peace and reunification is our goal. We pray for people of North and South Korea to come together in peace and reconciliation.

On the day that we celebrate the life and achievements of Martin Luther King Jr. and his outreach to Asians and Asian Americans, we are reminded that Dr. King was a reconciler and peacemaker. Dr. King reached out beyond African American communities to people struggling everywhere: from people facing starvation in India to victims of war in Vietnam. His anti-war conviction led him to advocate for peace in Vietnam. This means that as we seek peace, reconciliation, and reunification in Korea, we resolve to focus on:

· A halt to bellicose language on both sides

· A cessation to joint provocative military drills by the US and South Korea and an end to North Korea’s missile and nuclear tests.

To promote peace and reconciliation in the Korean peninsula, we vividly remember Dr. Martin Luther King, Jr’s courageous and prophetic statement as he connected the Civil Rights Movement to the war in Vietnam:

Somehow this madness must cease. We must stop now. I speak as a child of God and brother to the suffering poor of Vietnam. I speak for those whose land is being laid waste, whose homes are being destroyed, whose culture is being subverted. I speak for the poor in America who are paying double the price of smashed hopes at home and death and corruption in Vietnam. I speak as a citizen of the world, for the world as it stands aghast at the path we have taken. I speak as an American to the leaders of my own nation. The great initiative is ours. The initiative to stop must be ours.

It is time for the U.S. to end the Korean War by replacing the obsolete Armistice with the Permanent Peace Treaty with DPRK and let both sides of Korea restart the process of healing and reconciliation according to the previous Summit Joint Declarations of 1972, 2000 and 2007.

This is an opportune time for North and South Koreas and the United States to end the Korean War, to bring peace and reconciliation to Koreans, and to be reflective of the work of the Holy Spirit in the world. We urge our beloved nation to take steps to make permanent peace on the Korean peninsula a reality.