Japan Should Atone for its Past Crimes for Its Future: 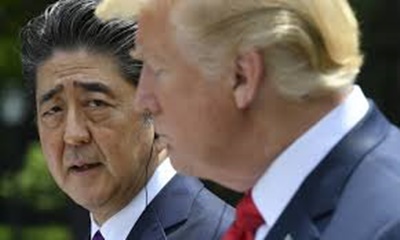 Pyongyang, July 19 (KCNA) -- The shamelessness of Japan denying its past criminal history has reached the extremes.

As it is known, the Japanese authorities responded to a south Korean court's ruling for reparation to the victims of the forcible drafting with such economic retaliatory measure as restrictions on exports to south Korea.

Japan totally denied the decision that targeted private businesses and responded to it with state retaliatory measure.

This is a clear revelation of Japan's intention not to make any acknowledgement, repentance and reparations for the thrice-cursed crimes committed by the Japanese imperialists against the Korean nation in the past.

So tremendous crimes did Japan commit against history and humanity.

In the past century, the Japanese imperialists deprived Korea of its sovereignty. They abducted and drafted a lot of Koreans to drive them to the sites of slave labor and wars of aggression, massacred more than one million and enforced the sexual slavery for their imperial army to reduce 200 000 Korean women into "preys" for its lecherous soldiers.

Every page of Japan's crime-woven history is stained with the blood of the Korean nation.

Japan can never compensate fully to the Korean nation for human, material and moral damage, even though it offers its whole territory.

This being a fact, the Japanese reactionaries are doggedly sidestepping the settlement of the past, far from making a thorough apology and reparation to the Korean people, but are justifying the heinous crimes.

What cannot be concealed is the Abe group's sinister intention to create a political climate favorable to the forthcoming election for the House of Councilors and the militarist revival by fleeing from the past crimes forever and diverting elsewhere the domestic criticism focused on it.

Japan is legally and morally obliged to atone for its crime-woven past before the Korean nation and humanity.

The Japanese reactionaries are shamelessly calling for dialogue, though they are keen on committing sins only to anger the Korean nation.

Firm is the stand and will of the DPRK on the issue of Japan's atonement for its past crimes.

Japan should atone for its crime-woven past for its future. -0-