According to international laws, plotting, preparation, provocation\and execution of a war against another country as well as participation in such planning\and conspiracy are defined as war crimes. Those who planned, prepared\and\ordered the above-mentioned acts including the ones who carried out such\order are war criminals.

Today extremely aggressive war exercises are being staged in the Korean peninsula regardless of the international laws\and this disturbs peace in the area.

Recently there were many military drills including “Crisis Management Exercise”, which is a preliminary exercise of the south Korea-US joint military drill, the hot season swimming exercise of the 1st division of puppet marine corps\and the multinational missile-warning exercise, “Pacific Dragon”. Besides near the military demarcation line all sorts of the military trainings such as live firing practice, field manoeuvres\and mountain marching were waged by the puppet military warlovers.

The south Korean warmongers, being aware of the protests\and censuresrom home\and abroad to put an end to the reckless war exercises threatening security\and peace of the international society, have conducted computer-based simulation with its scale\and contents "reduced”.

But after Yoon got into office the field training exercise resumed after 5 years\and its scale\and contents go beyond the regimental level.

The warlike south Korea-US “Combined Forces Command” staged a war game under simulated condition of a real war with an attack posturerom the first day. In Phaju County, Kyonggi Province, which is near the MDL, they are whipping up the war hysteria by mobilizing military equipments including tanks\and helicopters.

Yoon’s clique stated officially that this joint military drill is the restoration of “Ulji Freedom Guardian” aimed at “elimination of headquarters”\and “occupation of Pyongyang”\and this joint drill was accompanied by “Ulji” exercise  involving over 4 000 puppet administrative bodies\and more than 48 0000 peoples.

Moreover, insisting on someone‘s “threat”\and “provocation”, Yoon’s clique is making no attempt to disguise their hostility. They are openly drawing up an offensive operation plan to attack the areas south of Pyongyang.

It is an extremely hostile\and anti-national hysteria\and an unprecedented military provocation.

The Yoonites who spit out hostile remarks\and run wild to ignite an aggressive war are the villains against peace\and security in the Korean Peninsula.

As already mentioned above, act against peace, even plotting\and preparing an aggressive war itself is regarded as war crimes.

Stern punishment should be inflicted on such evil crimes by the war criminals.

If Yoon’s clique continues to run about recklessly they will surely have to pay dearly for their crimes. 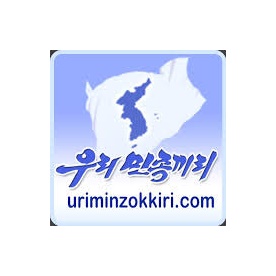