A large-sized sodium carbonate production process has been newly established in a Korean way at the Namhung Youth Chemical Complex, a leading chemical industrial base of the DPRK.

With its completion, the Party's decision on perfecting the sodium carbonate industry based on glauberite was successfully implemented\and a breakthrough was opened in the work to enhance the self-supply rate of basic chemicals\and make the economy\and people's life get benefitrom the chemical industry.

Attending the ceremony were Jon Sung Guk, vice-premier of the Cabinet, Ma Jong Son, minister of Chemical Industry, An Kum Chol, chief secretary of the South Phyongan Provincial Committee of the Workers' Party of Korea, officials concerned, scientists, technicians\and employees of the complex.

Jon Sung Guk made an address at the ceremony.

The speaker noted with great emotion that the behest of President \and Chairman , who mapped out a plan to achieve the independent development of chemical industry\and the prosperity of the country by producing sodium carbonate, an important basic chemical, with domestic raw materials\and had worked heart\and soul for its realization, was successfully realized under the wise leadership of the respected Comrade .

The completion of the Korean-style sodium carbonate production process is a fruition of loyalty\and patriotic ardor of all the builders who devotedly implemented the Party's decision despite the grave trials, he stressed.

Then, there were speeches. 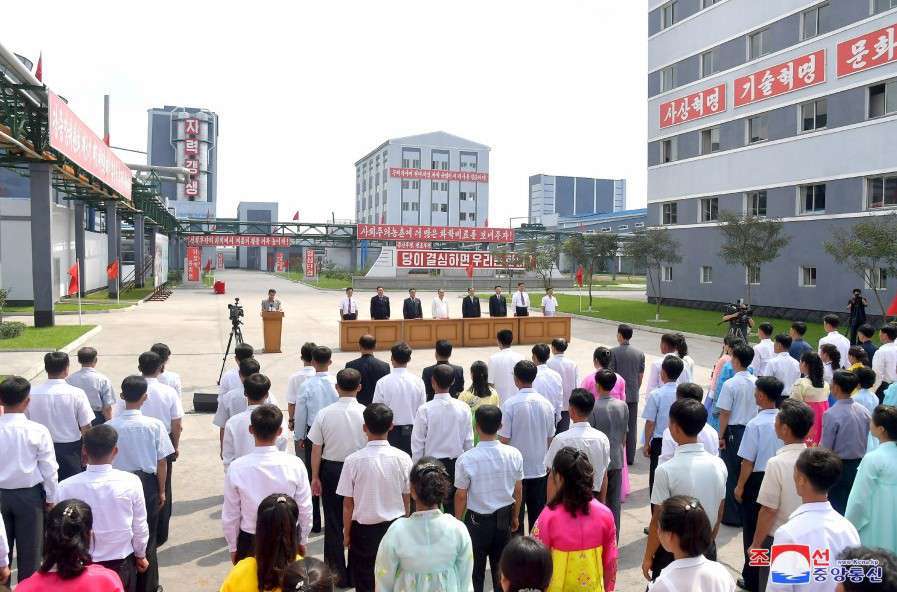