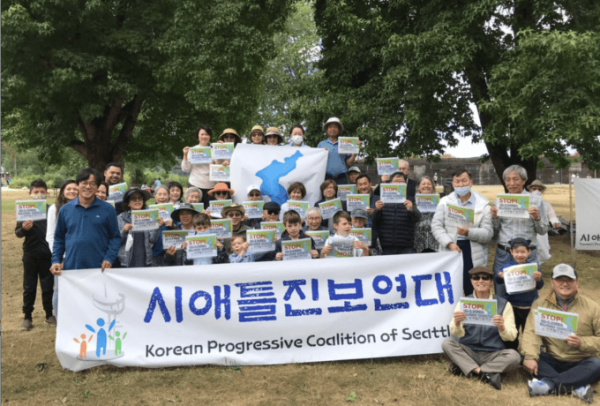 After a protracted 13-month suspension,North and South Korea have resumed their twice daily inter-Korea hotlinecalls, returning to a collaboration venue meant to increase transparencyand manage the risk of conflict along one of the world’s most heavilymilitarized borders. In the absence of a peace treaty, such lines ofcommunication are critical to preventing routine incidents from spiraling outof control and triggering an armed exchange.

While the resumption of regularcommunications between the two Koreas might be thought to signal potentialprogress toward regional reconciliation, perennial US dominance of inter-Koreanrelations makes this far from a foregone conclusion.  After three roundsof US-North Korea summits, the Trump administration intensified rather than softenedits maximum pressure campaign against the North and blocked Seoul’s attempts toimplement inter-Korean agreements on exchange and cooperation. The new Bidenadministration, in spite of promising a more “practicaland calibrated” policy toward the North, has made it clear that peacenegotiations are not a top priority. Meanwhile, amid the ongoing cycle of US –North Korea tensions, experts warn that the intensifying regional rivalry inEast Asia between the US and China is increasing the risk of conflict betweenthe US and the nuclear-armed North. American dominance of South Korea, whichhas remained under virtual USmilitary occupation for seven decades, guarantees that Seoul would beon the front line of any such conflict.

Washington has historically dismissed inter-Koreanengagement as a sideshow, derided by US hawks and their conservativecollaborators in South Korea, who react to any signs of progress with maximalistaggressiveness. Inter-Korean reconciliation is perceived as a threatto the network of interconnected US interests that works to perpetuate thepermanent state of war in the Korean peninsula, which in turn rationalizes theongoing military occupation of the South as a forward USbase against China. According to TimBeal:

Imperialism is the central characteristicof U.S. foreign policy, but is neither mentioned nor admitted by theestablishment… The military-industrial complex, about which Dwight Eisenhowerof all people warned in his valedictory speech, became a central feature ofU.S. society.  This complex encompasses not merely the military andarmaments manufacturers, but also the security and intelligence communities,and all those in politics, media, think tanks, academia, and so on, who make aliving out of war and the fear of it. The military-industrial complexcomplements imperialism in informing and driving U.S. foreign policy, and muchof U.S. society.

Adding fuel to the fire are the impendingannual ROK-U.S. joint military exercises planned for August 16th, a frequentflashpoint with the North. South Korea’s Unification Ministry has adviseddelaying the exercises in order to avoid dampening renewed inter-Koreanengagement, while the Defence Ministry has announced that a decision will bemade after considering COVID – 19 risks, the planned transfer of wartimeoperational control, and the need to “support diplomaticefforts for establishing peace on the Korean peninsula”. While the USand South Korea nominally share responsibility for the joint militaryexercises, actual decision-making authority for this issue–as with anythingwithin the realm of South Korean military or foreign affairs–rests with theUnited States, which has thus far rejected the notion of a delay.

For their part, US conservativecommentators have roundly condemned the notion of suspending themilitary exercises as a sign of submission to the North’s “bullying tactics”,in spite of the fact that the North has strictly abided by theinter-Korean military agreement signed in September 2019, and has notcarried out a nuclear or intercontinental ballistic missile testsince the failure of the Hanoi Summit that same year. USconservatives also claim that the drills are necessary tomaintain readiness in the event of a North Korean attack, glossing over theindisputable overwhelming practical military capability fielded by the US,which undermines the veracity of any such claim.

There are in fact a number of practicalreasons for the US to suspend or at least delay the ROK-U.S. joint militaryexercises at this juncture, not the least of which include the elevated risk ofCovid-19  infection. Forcing thousands of military personnel intoprotracted close proximity with one another during a resurgence of the pandemicis patently unwise. Just last week, in response to a recordnumber of infections among its members, U.S. Forces Korea (USFK)implemented tougher antivirus rules, banning visits to bars and clubs andmandating the use of masks.

Moreover, the drills violate both the 2018Panmunjom Declaration and the 2018North Korea – United States Singapore Declaration, both of which Biden hasexpressed support for. The 2018 2018Panmunjom Declaration states in part that: “The two sides agreed tocompletely cease all hostile acts against each other in every domain includingland, sea and air that are the root cause of military tension andconflicts.”

Indeed, as 76South Korean lawmakers pointed out last week, the annual jointmilitary exercises “function as an obstacle to North Korea’s relations withSouth Korea and the US,” and should be suspended given the recent warming ininter-Korean relations in order to “bring North Korea to the table fordialogue.” As former USFK commander GeneralVincent Brooks noted, these drills are “not just a show like theparades in Pyongyang” but rather provocativeshows of force with the potential to trigger open war on the KoreanPeninsula. Suspending them at this crucial juncture would be a concrete steptoward continuing the hard-won diplomatic momentum with North Korea, and in thewords of South Korean National Intelligence Agency Director ParkJi-won would constitute a “flexible response toward the big picture ofcontinuing the peacemomentum and denuclearization.”