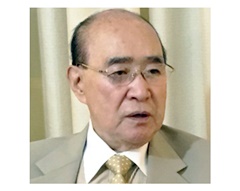 Primarily due to its geopolitical location being surrounded by, even to this date, powerful\and ambitious superpower neighbors, i.e. China, Manchuria, Russia, Japan\and more recently the United States, the ethnicity of Korean people had always been under threat in the past 5,000 years of its existence. According to one historical estimate, the country of Korea had been invaded by its neighbors once every other year in its history!

The last foreign invasion of Korea was in 1910, when it was colonialized by Japan, that was westernized with rapidity including the adoption of Western Militarism. Their harsh rule on Korea lasted for 36 years, when in 1945 the WW II ended with their defeat\and was forced out of the peninsula by the Russians in the north\and Americans in the south; the beginning of the cold war\and appearance of two Koreas each established by their occupiers. Subsequently\and as expected naturally, the disastrous Korean War (1950-1953) between them, which in reality was a war of proxy between the two cold war superpowers. It resulted in near complete devastation of the peninsula with the war-death estimated to be 1.7 million\and the lasting enmity between the two Koreas, North Korea (DPRK; Democratic People’s Republic of Korea)\and South Korea (ROK; Republic of Korea) in the last 70 years period.

Most obviously the idea of achieving one-ness of the Korea, of its people\and its peninsula had been in the hearts and minds of every Korean, both in North\and South\and overseas in the last 70 years. However, there are significant hurdles to overcome; i.e. difference in the politico-economic concepts, confrontational military forces existing in both sides, different cultural\orientations,\and most of all, existence of significant foreign countries not conducive to the idea of the emergence of unified Korea in the peninsula, mostly, U.S., Japan\and China.

However, this 70 year of Korean tragedy began to show some signs of significant hopes with the beginning of the PyeongChang Winter Olympic in 2018,\where the North Korea, under the leadership of its new young leader, Kim Jong-un showed strong partnership in its sports events.

Subsequently, a dizzying array of events happened in the peninsula as well as the international relationships over the peninsula; series of summit meetings between the heads of two Koreas, as well as between the heads of U.S.\and North Korea; emergence of North Korea as a nuclear power with delivery capabilities. In other words, personalities of Kim Jong-un, Donald D. Trump\and Moon Jae-in, plus the nuclearization of the peninsula became a complex determinant of its future, which became more unpredictable, complex\and dangerous.

It appears that the time has come to review the current situation\and plan\and predict next five years, “2020-2025; Epochal Peninsular Development”

First of all, Koreans must accept the fact that in the long run, their future must be decided by themselves, without interference by foreign neighbors, especially the U.S. In that sense, they must accept the necessity of “Unification”\or rather, “Coalescence” of the two Koreas. The multifactorial existing differences between the two, as mentioned above, will have to be overcome by the power of people in North\and South, not by the political powers of ROK\and DPRK governments.

Secondly, the step leading to the Coalescence will have to be the mutually beneficial economic process that will reduce the economic discrepancy existing between them currently, meaning massive economic assistancerom the South to its Northern brethren. It is of interest to note that recently president Trump of U.S. formally requested the amount of US $ 6.0 billionrom South Korea as a defense burden sharing\and president Moon Jae-in has nearly accepted the request. It is of interest again to note that this amount is equivalent to about 20% of the North Korean GDP! By requesting removal of U.S. military presencerom the South\and assisting North’s economy for five years, with US $ 6.0 billion per year one can see easily the effect of doubling of North Korea’s GDP, which in turn will have an epochally improved relationship between the two Koreas.

Thirdly, the two Koreas will have to accept the fact that the nuclear weapons system as well as the nuclear energy science belong to both Koreas\and declare the joint ownership of the nuclear defense power\and establish its base in somewhere between the two, maybe somewhere near the DMZ (Demilitarized Zone).

Fourthly, the coalesced Korea with jointly owned nuclear power\and economic cooperation of course will quickly reduce currently exaggerated defense budget on both sides which will further contribute to their economic development.

Therefore, by the end of the year 2025, the end of this Epochal period,  One-Korea will emerge as a country of well over 70 million people, with GDP of over 12th in the OECD (Organization of Economic Cooperation and Development), with cutting-edge High-Tech industry\and formidable but appropriate nuclear\and space defense force with ocean-going navy.