The Relations between DPRK and the US: Where Will It Go? > News

The Relations between DPRK and the US: Where Will It Go? 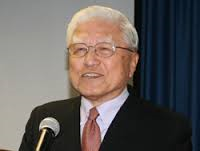 Since the Hanoi Summit was ruptured, the diplomatic process between the US and DPRK has been stalled. On May 24 DPRK Foreign Ministry has issued a Statement:

<<Pyongyang, May 24 (KCNA) -- A spokesperson for the Ministry of Foreign Affairs of the Democratic People's Republic of Korea (DPRK) gave the following answer to a question put by KCNA on May 24, as regards the attempt revealing within the United States to impute to the DPRK the cause for the rupture of the Hanoi DPRK-U.S. summit talks:

As we have stated before, the underlying cause of setback of the DPRK-U.S. summit talks in Hanoi is the arbitrary and dishonest position taken by the United States, insisting on a method which is totally impossible to get through.

For the sake of building confidence, a main key to an alleviation of the DPRK-U.S. hostile relations, we took crucial and meaningful measures of a strategically decisive nature including the discontinuation of nuclear test and test-fire of intercontinental ballistic missile, and we also took a broadminded step towards the realization of the repatriation of the American POW/MIA remains.

However, the United States did not respond to our goodwill measures in the same manner, but deliberately pushed the talks to a rupture by merely claiming the unilateral disarmament of the DPRK.

Notwithstanding the above facts, the United States attempts to ascribe the setback of the DPRK-U.S. summit talks in Hanoi to a completely irrelevant issue and to impute the responsibility for the ruptured talks to the DPRK. Such American ulterior intention definitely needs to be brought to the attention.

We hereby make it clear once again that the United States would not be able to move us even an inch with the device it is now weighing in its mind, and the further its mistrust and hostile acts towards the DPRK grow, the fiercer our reaction will be.

The U.S. would be well advised to wake up to reality and learn anew how to have dialogue and negotiation. >>

Now, it seems like that the Ball Is on the US Court! How the US would respond to the DPRK’s Stance?

It is necessary for us to remind ourselves what was agreed upon by Chairman Kim Jong Un and President Donald Trump at The Singapore Summit on June 12, 2018.

"Convinced that the establishment of new US-DPRK relations will contribute to the peace and prosperity of the Korean Peninsula and of the world, and recognizing that mutual confidence building can promote the denuclearization of the Korean Peninsula, President Trump and Chairman Kim Jong Un state the following:

1. The United States and the DPRK commit to establish new US-DPRK relations in accordance with the desire of the peoples of the two countries for peace and prosperity.

2. The United States and DPRK will join their efforts to build a lasting and     stable peace regime on the Korean Peninsula.

3. Re-affirming the April 27, 2018 Panmunjom Declaration, the DPRK commits to work toward complete denuclearization of the Korean Peninsula

4. The United States and the DPRK commit to recovering POW/MIA remains, including the immediate repatriation of those already identified."

It has been very clear and evident that at the Hanoi Summit the Spirit of the Mutuality for Improved Relations, Confidence Building Measure, and Peace in Korean Peninsula was completely Ignored by the US’ Demanding DPRK to Surrender all to the US like "Libya Model".

In such aspect, the US’ bullying DPRK has come to a Point of Facing an Adamant Response from DPRK. Has not the US learned yet that she cannot coerce all other countries by her might of flexing muscle?

As a concerned Korean-American citizen of the US I would like to propose the followings to Usher Peaceful Resolution of this age-long US Conflict in Korean Peninsula;

· Take moral and ethical responsibility for Partitioning Korea into Two for the US Interests in Northeast Asia at the Expense of Korean Sacrifices at the End of World War II! Repent It!

· End the Hostile Policy against DPRK stopping all Socio-Economic and Military Provocation!

· Declare the End of Korean War and Begin Process toward the Peace Treaty with DPRK. This would End the Nuclear Threats and War!

· Revise all the Treaties between Republic of Korea and the US to Be Equal so that ROK Become Sovereign State and Implement the Historical Inter-Korean Agreements and Declarations Made with DPRK as One Nation of Homogeneous People!

· Let Both Parts of One Korea to Work Together to Restore Oneness in their Mutually Agreeable Ways and Means! Let Korea Go!

Then, Unified Independent Korea would Stay as Good Friend with the US and All Other Countries in the Global Community with an Amiable and Equal Status with All!