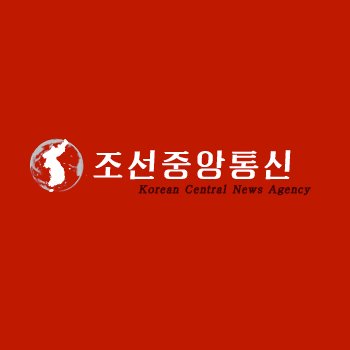 The presidential candidate from the Democratic Party during his recent election campaigning reeled off rhetoric slandering the supreme leadership of the DPRK.

What he uttered is just sophism of an imbecile bereft of elementary quality as a human being, let alone a politician.

He has been accused even within the Democratic Party, to say nothing of the American society, for his vulgar acts and words about women and his thoughtless remarks.

It is well known to the world that he received a grade of F during university days for plagiarizing other's article in his paper and could not but give up running for presidency in 1988 for plagiarizing a speech of a British politician that led to a public furor.

In April 2011 when the then President Obama was in the middle of making a speech, he was fast asleep in the auditorium to become a laughing-stock of the media. Once he called his political rival Republicans "shrieking pigs" to startle the public.

It is by no means accidental that there is nonstop comment over his bid for candidacy that he is not worth pinning hope on, backed by the jeer that he is a fool of low IQ.

Even the American media derided him as a man with "manic-obsessive running of the mouth", saying that he likes giving a speech but he is not serious in his words.

Yet, he is self-praising himself as being the most popular presidential candidate. This is enough to make a cat laugh.

It is easy to conjecture the politics to be pursued by such a thoughtless guy.

Such a guy had the temerity to insult the supreme leadership of the DPRK, an intolerable and serious politically-motivated provocation against the DPRK.

Explicitly speaking, we will never pardon anyone who dare provoke the supreme leadership of the DPRK but will certainly make them pay for it.

Biden had better think back the reason for his past two failures in presidential elections and remember that prudence commensurate with the object is integral to a presidential candidate. -0-