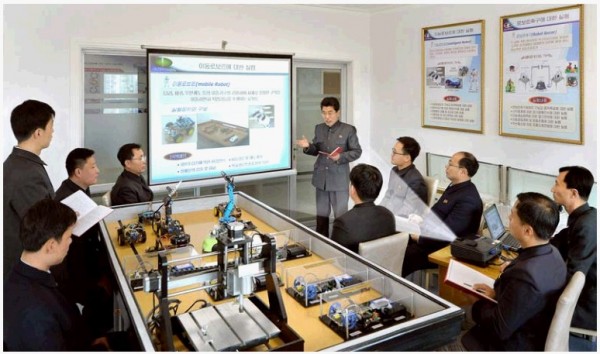 Im Song Jin, a winner of the February 16 Science and Technology Prize, constructed a theory whereby to strengthen the generation intensity of super continuum generation called as solar laser in nonlinear optics tens of thousands times. And Kim Nam Chol, one of the nation's best scientists and technicians in 2018 and a judge of the international scientific journal, developed a quantum cryptic communicator.

Yu Chol Jun, one of the nation's best scientists and technicians in 2018 and member of the IAAM, completed a design on a new energy material which draws the attention of material scientific world.

Sin Jun Sik, a researcher of the university, presented several treatises on the basic physics to international journals like "Steric effect of water molecule clusters on electrostatic interaction and electroosmotic transports in aqueous electrolytes".

Han Kun Sop, a researcher of University of Sciences, predicted accuracy on nearly 14 640 protein structural models and presented its result in set time at the 13th Critical Assessment of Techniques for Protein Structure Prediction for 90-odd days on internet last year.

The method of predicting accuracy of the protein structural models presented by him was appreciated as the best one. -0-