Families Belong Together: The Case to End the US North Korea Travel Ban > News

Families Belong Together: The Case to End the US North Korea Travel Ban

The United States should do away with a ban on travel by its citizens to North Korea. 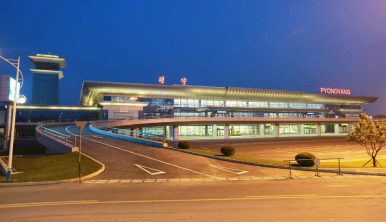 On August 20, 71-year-old Sang Chol met his 92-year-old mother. What was different about this encounter was that they had not seen each other since he was 4 years old. The reunion lasted just 11 hours, and “during the whole reunion, they did not let go of each other’s hands.”

They were one of the 89 families divided by the Korean War to be granted a rare chance to be reunited. The families traveled by bus to the Mount Kumgang resort, just inside North Korea on the eastern part of the Demilitarized Zone. With millions of people separated at the end of the Korean War, it’s not surprising that 57,000 South Koreans applied for a chance to be reunited with their families in North Korea. While there is broad agreement that family reunions should take place, sadly, most will not see their families before dying. Despite the fact that 20,000 Koreans have taken part in these brief reunions over the last 20 years, over 75,000 have died while waiting to see their family.

What some may not know is that as many as 100,000 U.S. citizens have families inside North Korea. Most had been separated during the Korean War and became South Korean citizens who then emigrated to the United States. Some of these citizens had been able to visit their families inside North Korea through an organization that works closely with the Democratic People’s Republic of Korea’s (DPRK) Mission to the United Nations in New York.

But those visits came to an abrupt halt last September when the U.S. State Department banned travel by all U.S. passport holders to North Korea. Prior to September 2017, of the approximately 1,000 U.S. citizens who visited North Korea annually on official visas, the majority were for family visits. When I traveled to Pyongyang in May on a humanitarian mission, with a special validation passport from the State Department, my North Korean guides told me that most of the staff responsible for guiding Korean American visitors had been transferred to other departments due to the travel ban.

Implemented last fall, the travel ban reflected a then increasingly perilous U.S.-North Korea relationship that was defined by missile tests and fire and fury rhetoric. The U.S. relationship with North Korea remains challenging, but it has come a long way in recent months. Importantly, the one-year ban will expire at the end of this month and the State Department must decide its fate. Based on North Korea’s recent positive diplomatic steps toward the United States and South Korea, the ban should be allowed to expire.

Since the spring, North Korea has made a series of notable diplomatic gestures. They released the three detained Americans and returned 55 cases with presumed remains of the U.S. soldiers who died during the Korean War. Provocative missile and nuclear tests were halted. Allowing the ban to expire would signal a reciprocal measure and build confidence with North Korea.

Ending the ban would also open the door for additional diplomatic opportunities to take root. The ban does not allow travel for educational activities. Educational institutions, such as the Pyongyang University of Science and Technology, which rely heavily on Korean American educators to teach, have been severely impacted. Allowing American teachers back into North Korea will help build valuable people-to-people relationships as the two countries enter into difficult disarmament talks.

Finally, the positive human consequences of lifting the ban should not be overlooked. Many Americans could once again reunite with their aging family members inside North Korea before they pass away. We all understand and feel the painful longing to see our mothers, fathers, sisters, and brothers once more. We should do everything in our power to allow these reunions to take place.

The State Department has an important decision to make. Ending the ban would be a positive diplomatic step for the United States, North Korea, and unite families torn apart by decades of diplomatic friction. For the sake of diplomacy — and families — it’s time to end the travel ban.

Kee B. Park, MD is the Paul Farmer Global Surgery Scholar at the Program in Global Surgery and Social Change at Harvard Medical School. He is a member of the Council of Korean Americans. Follow him on Twitter @keepark.