U.S. to extend ban on citizens' travel to North Korea

WASHINGTON (Reuters) - The U.S. State Department said on Thursday it had decided to extend by a year its ban on U.S. citizens’ travel to North Korea, citing continued concerns about the threat of arrest and long-term detention of U.S. nationals there. 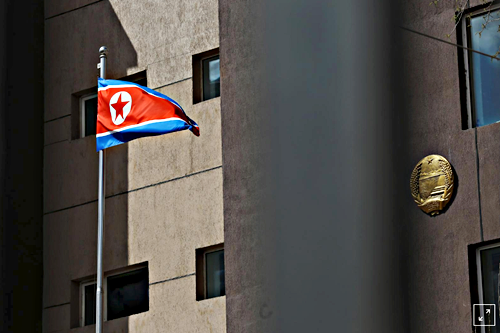 The two countries are involved in talks intended to ease tensions between them, and U.S. President Donald Trump met with North Korea’s leader Kim Jong Un in June.

Since then relations have cooled and a planned visit by the top U.S. diplomat to North Korea was scrapped last week because Trump said insufficient progress toward denuclearization had been made.

The ban, which went into effect on Sept. 1, 2017, had been set to expire on Friday. It will be extended through Aug. 31, 2019, the State Department said in a notice to be published in the Federal Register on Friday.