Singapore Summit =The beginning of the end= > News

=The beginning of the end= 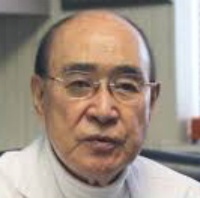 The Year 2018 was an epochal year for the Koreans in both south, north and overseas. In a matter of just a few months, near 70 years old enmity, tension, and the division of the peninsula were resolved by the works of the heads of the three involved countries; Moon Jae-in of South Korea, Kim Jong-un of North and Donald J. Trump of the U.S.

The first initiative came from Kim Jong-un in the form of his new year’s address in January this year, which contained many statements that are surprisingly conciliatory. It was led by North’s very active participation in the PyeongChang Winter Olympic of the South, followed by a quick exchange of delegations from both sides that resulted the first summit between Moon and Kim that produced the Panmunjom Declaration of April 27, which basically affirmed the historical fact that “The Korea is One”

This initiative of Kim Jong-un actually is a result of his national policy he promulgated when he assumed the leadership of North Korea upon his father’s death, at his tender age of late twenties. The policy was called “Parallel Progress Policy”, basically it meant that unlike his father’s “Military First Policy”, the national emphasis is to be on both its defense and economic development. After initial phase of his rule, solidifying his power, he quickly realized that the economic revival and improved quality of his people’s life that sharply contrasts negatively against the status of its southern brethren, the Republic of Korea, of whose GDP is known to be the 11th in the world will have to be the primary objective of his leadership, in parallel with the national defense needed for his regime security.

It is obvious that the economic stagnation of North Korea, to a large extent is due to the isolation of the country imposed on it during the last near 70 years by the U.S. and South Korea in the forms of embargos, sanctions and military threats. Therefore, North Korea has to emerge as a credible and equal partner of negotiation, with power to enforce its former enemies to become peaceful partners.  Obviously, the only way for the North Korea to reach such a status was to emerge as a true nuclear power with credible delivery capabilities; thus, its frantic efforts in the past two years, to develop its nuclear capability prior to the negotiation for the peninsula peace.

It is near serendipity that simultaneous to this Kim Jong-un’s readiness for talk,  in South Korea, as a result of the people’s uprising, against the corruptive, conservative regimes of Lee Myung-bak and Park Geun-hye, called November Revolution, a liberal and highly respected leader, Moon Jae-in was elected   and became a partner of Kim Jong-un in establishing the Panmunjom Declaration, that delineates the firm commitments of both sides on issues of reconciliation, reunification, de-militarization, multilevel-communication and economic cooperation, and finally the  implementation of agreements made previously between the two Koreas in years, 2,000 and 2007 (so called, 6-15 and 10-4 Agreements).

It is however clear that even at the onset, the implementation of the ideas contained in the Panmunjom Declaration would require consents and cooperation of the country of United States, due to its ties, treaties and agreements with the South Korea, as well as the 70-year old enmity existing at various levels, with North Korea. Therefore, an immediate and ardent efforts were made by president Moon to setup and coordinate the summit between the president Trump and Chairman Kim.

The presence of Mr. Donald J. Trump in White House is actually, another serendipity for the Koreans. Regardless of his seeming instability, lack of firm principles on many matters, he is a deal-maker who appears to be genuinely interested in achieving peace and stability in Korean peninsula and Northeast Asia, for which his effort would receive credit and recognition. Thus, his near-immediate agreement to meet with Chairman Kim Jong-un of North Korea for the resolution of various  peninsula issues.

After some initial turmoil, however, the Singapore Summit between Trump and Kim finally took place on June 12, with great deal of publicity and fanfare and was generally regarded as a tremendous success for both leaders personally, as well as all the Koreans both in North and South, and Overseas.

The final agreement signed by both leaders however was rather brief, about 450 words long and lacked specifics and detailed plan for implementation of the four important key points delineated in it; 1. North Korean commitment for the complete peninsular denuclearization. 2. U.S. commitment and guarantee for the security of North Korea. 3. Return of the remains of the U.S. war dead. 4. Temporary cessation of the U.S.-SK War drills.

Actually, the immediate positive effect of the Singapore meeting was its sensational public image reflecting the development of the personal bond and obvious friendly interpersonal relationship between the two leaders reflected in the visual media and the multiple complimentary public comments made by the President Trump on Chairman Kim.

It goes without saying however, that an establishment of firm formal, institutionalized mechanism(s) for the implementation of the Agreement is essential not only for the normalization of the U.S.-NK relationship but also for the realization of the Panmunjom Declaration. Therefore, from the perspective of a Korean American, who has ardent desire to see realization of the objectives of both Summits, following recommendations are being proposed for consideration by both sides;

1.    Establishment of permanent Liaison Offices of U.S. and North Korea in Washington, D.C. and Pyongyang manned by high level diplomats from both countries, along with staff personnel representing, military, economic and cultural expertise from each side.

2.    Establishment of a Task Force composed of engineers and nuclear scientists from both sides as well as the diplomats and economists, to research and develop detailed step by step, time table for the peninsular denuclearization, as well as the plan for the normalization of the diplomatic, economic, political and military relationship between the two countries, including the eventual peace treaty between the U.S. and North Korea, and furthermore, interdigitate the both plans and produce a multi-year implementation schedule to be followed by both countries.

3.    The U.S. should recognize, accept and honor the first Summit agreement, the Panmunjom Declaration, especially its basic principle, “The Korea is One”, by recognizing and declaring that the sanctions, embargos, and isolations currently enforced on North Korea by the U.S. and UN no longer apply between the two Koreas, since in principle they are one country, thus the two Koreas could immediately communicate, trade, exchange, especially on humanitarian issues, such as food aids, medical supplies, family re-union, etc., unencumbered by the current existing sanctions.

4.    In addition to dismantling of the Pung Gye-Ri nuclear test site and also its missile test site, North Korea could immediately announce the significant reduction of its 1.25 million-armed force (when it is combined with the 0.625 million South Korean army, the combined military size of near 1.9 million Korean army makes it the fifth in the world, after only, India, China, Russia and United States; a ridiculous statistic!).

It should also announce the immediate disarming of its 20,000 long-range artilleries, known to be already fully loaded and placed along the DMZ, aimed at South Korea.

Finally, it may just be a symbolic gesture, but also announce the return of the U.S. navy ship “Pueblo” that it holds, perhaps to the city of Pueblo, Colorado, U.S.A.

5.    On account of near 70 years of division of the peninsula  and animosity between the two Koreas and the development of a complex intertwining relationship between the U.S. and South Korea during the period, there are many issues that need to be resolved between the two, for the proper and realistic  implementation of both Agreements, Panmunjom and Singapore.

Of these, the most obvious one, which has already been mentioned at the Singapore Summit is the U.S.-SK War Drills held annually, regularly at near the door steps of Pyongyang and these must be ceased permanently and completely, as president Trump had referred to it.

There are approximately 28,000 U.S. soldiers stationed in South Korea many even with their families. There are total of near 90 U.S. military bases, small and large existing in the country. With the cessation of the enmity between the Koreas as well as between the U.S. and North Korea, obviously a plan for the troop withdrawal as well as the base closures will have to be planned along with the review of basic necessity of existing military alliance between the two countries.

One of the most obvious, U.S. military presence in the country that loses the significance of existence simply by its title, is the THAAD (Terminal High Altitude Air Defense). With denuclearization of North Korea, its significance and the purpose of its presence is clearly gone.

Finally, one of the most interesting relationship between the two allies, that again needs to be redressed given the drastic changes brought about by the Summit Agreements is the U.S.’s “War Time Operational Control” of South Korean military. President Moon Jae-in is the only head of a country in the world, who has no control over its own national defense force when his country is placed under war!

Finally, in the course of implementation of the Singapore Summit Agreement, one of the major difficulties for President Trump and Secretary Mike Pompeo may have to face is the image of North Korea among American public.

Over the years, due to 70 years animosity between the two countries, North Korea was placed under isolation and demonization of the country, society, political doctrine, went on freely, in our society.  Defector’s horrific testimonies; largely unsubstantiated stories of human rights violations, etc. The  image of North Korea among American public has become horrendously bad and distorted.

We have to remember that there were times, such as in Clinton era, and prior to it, Carter era, there had been many active exchanges between the two countries, and cultural events, e.g., New York Philharmonic in Pyongyang, visits by Cho Myung-rak to White House, Madeleine Albright to Kim Jong-il, etc.

Perhaps the time has come to revitalize multilevel cultural exchanges between the two countries.