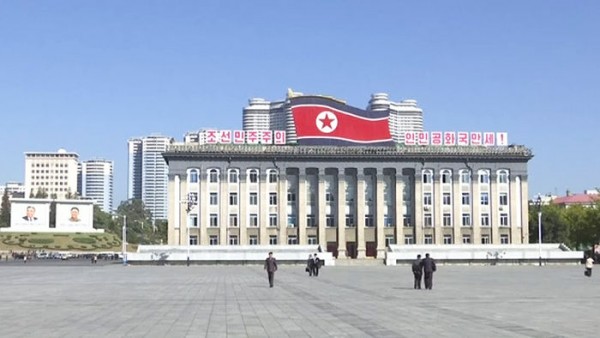 Pyongyang, May 12 (KCNA) -- The Ministry of Foreign Affairs of the Democratic People's Republic of Korea issued a following press release on Saturday:

In accordance with the decision of the Third Plenary Meeting of the Seventh Central Committee of the Workers' Party of Korea, the Nuclear Weapon Institute and other concerned institutions are taking technical measures for dismantling the northern nuclear test ground of the DPRK in order to ensure transparency of discontinuance of the nuclear test.

A ceremony for dismantling the nuclear test ground is now scheduled between May 23 and 25, depending on weather condition.

Dismantlement of the nuclear test ground will be done in the following sequence-making all tunnels of the test ground collapse by explosion; completely blocking entries; removing all observation facilities, research institutes and structures of guard units on the ground.

In parallel with dismantlement of the nuclear test ground, guards and researchers will be withdrawn and the surrounding area of the test ground be completely closed.

The Ministry of Foreign Affairs of the DPRK is authorized, in this regard, to release the following decisions.

First, it has intention to allow not only the local press but also journalists of other countries to conduct on-the-spot coverage in order to show in a transparent manner the dismantlement of the northern nuclear test ground to be carried out in accordance with the decision of the Third Plenary Meeting of the Seventh Central Committee of the Workers' Party of Korea.

In due consideration of small space of the test ground, journalists from other countries will be confined to those from China, Russia, United States, United Kingdom and south Korea.

Second, the following steps will be taken for providing convenience of visit and coverage to international journalists.

1) All international journalists will be provided with charter flight from Beijing to Wonsan, and other related steps such as opening territorial air space will be taken.

2) Special accommodation will be arranged in Wonsan for stay of the international journalists, and press center be set up for their use.

3) Special charter train will be arranged from Wonsan to the northern nuclear test ground for the international journalists.

4) In consideration of the fact that the test ground is located in the uninhabited deep mountain area, the international journalists will be accommodated in the special charter train and be provided with appropriate conveniences.

5) Necessary conditions and cooperation will be provided to the international journalists so that they can transmit at the press center about dismantlement of the test ground which they have covered on the spot.

The DPRK will, also in the future, promote close contacts and dialogue with the neighboring countries and the international society so as to safeguard peace and stability on the Korean peninsula and over the globe.