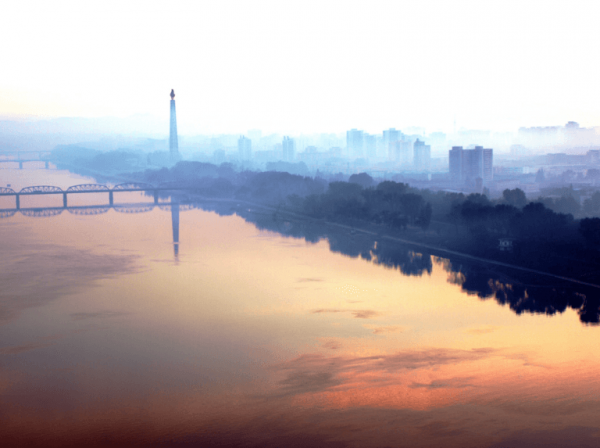 For decades, consumers of the US media have been fed a series of repeated lies concerning the status of northern Korea. Tales of mass starvation and brutal torture are told over and over, occasionally updated but essentially the same as those told when Washington first realized it could not defeat the national forces headquartered in Pyongyang.

Naturally, these stories become more frequent and considerably more dramatic during those times the US military heightens tensions in the region. While some of these “reports” are probably based in fact, the more revealing aspect of their being told is the lack of context involved in their telling.

In other words, most US residents have very little knowledge of Korean history and culture and, if asked, would most likely be unable to identify where Seoul or Pyongyang are on the map.  This serves the interests of the powers that be in DC quite nicely. If the citizens of an aggressor nation (which the United States certainly has been in Korea) are ignorant of the land and people their rulers wish to attack, then those citizens are likely to believe most anything they are told by those in power intent on making war.

This seems especially the case when it comes to Korea—now Washington’s longest surviving enemy.  Indeed, most all US political figures liberal and conservative, military members and media folks buy into the commonly held portrayal of northern Korea as a land ruled by a brutal dictatorship imposed originally from the outside that starves many of its people and enslaves the rest.  Even many of those who have expressed doubts about similar claims made by war hawks in regards to other nations (Iraq, Iran) believe such stories when it comes to Korea.

This situation exists because it strengthens the US argument for the continued occupation of the Korean peninsula and its maintenance of the state of not-quite-war.  As author Stephen Gowans makes clear in his recent book Patriots, Traitors and Empires: The Story of Korea’s Struggle for Freedom, the history of Korea is quite different than that most US residents have been told.

By removing the US-imposed imaginary line of demarcation along the 38thparallel that divides Korea into two entities, Gowans is able to provide a history closer to the Korean history understood by many Koreans.  It is a history of resistance to outside intervention; a resistance forged in blood from fighting Japanese and US invaders. It is also a history that emphasizes the self-reliance and independence of a people.

Gowans begins his text with a discussion of Korean history prior to World War Two.  His summary highlights the independence of the

Korean people and the series of invasions and occupations they repelled over the centuries.  He discusses the Japanese occupation in detail, providing a summary of the manner in which the Japanese stole Korean lands, enslaved its people and forced thousands of its women into prostitution to serve Japanese troops.

Concurrent to this history, Gowans explains the world situation at the time—a situation that saw the great imperial powers Britain, Russia, France and the US heading towards war while the lesser powers (esp. Germany and Japan) saw war as the only way they might obtain more resources and markets.  Weaving these stories together provides the reader with an alternative understanding of how and why Korea’s history took the path it did.

When the second of the twentieth century’s two great wars was over, Korea was free of outside domination.  Japan had been defeated and awaited its fate.  Meanwhile, the Korean people began to take back their country.  The resistance forces who had helped overthrow the Japanese occupation forces began to set up local and regional governing councils.  This action was supported by the Soviet Union but was strongly opposed by the United States, which had already decided it was going to make Korea its outpost in eastern Asia.

To this end, policy makers in Washington and generals in the Pentagon worked together to devise a way to destroy the popular government being constructed in Korea. In a now-familiar scenario, right-wing figures from Korea were given positions of power in the governing structure put in place by Washington, leftist and democratic organizations and individuals were imprisoned, tortured and killed by Washington’s clients, and fake elections were held.  Many of the officials in this government had also served the Japanese occupation regime—a fact that did nothing to make the US-imposed authorities any more popular. So, the resistance continued.

The military leadership of Kim Il-sung combined with the popularity of the resistance’s political platform proved a serious opponent to US plans.  Ultimately, it was the strength and depth of the resistance that led to the intensification of hostilities, a division of the nation and the conflict the west calls the Korean War.

Patriots, Traitors and Empires: The Story of Korea’s Struggle for Freedom is a crucial text for those seeking to understand how many Koreans see their world.  It is fiercely anti-imperialist in its understanding of history and pulls no punches when discussing the destructive nature of the United States’ role in modern Korean history.

Some readers may find Gowans’ indictment too strong and even unfair.  If one finds themselves among those readers, I suggest they forge ahead anyhow.  His history is not just valid, it is probably closer to the truth than the history most Americans have been fed the past seventy years.  Indeed, it could even clarify Korea’s uncertain future—a future hopefully of peace and prosperity.

Ron Jacobs is the author of Daydream Sunset: Sixties Counterculture in the Seventies published by CounterPunch Books. His latest offering is a pamphlet titled Capitalism: Is the Problem.  He lives in Vermont. He can be reached at: ronj1955@gmail.com.