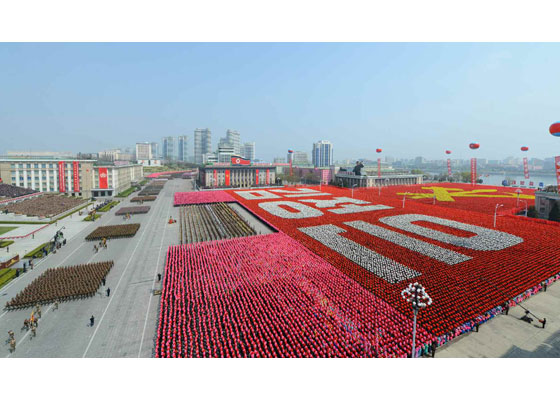 Pyongyang, May 1 (KCNA) -- Some days ago, the NHK of Japan aired so-called "special program" made up of forgery and fabrication from A to Z several times.

In the "special program" where human scum appeared, the reptile media-persons slandered the DPRK and, not content with this, seriously maligned the dignity of its supreme leadership.

Rodong Sinmun Tuesday observes in a commentary in this regard:

It is the height of evil deed that can be done only by those villains who are steeped in hostility towards the DPRK to the marrow.

The reason behind the NHK's act is to check the trend toward reconciliation between the north and the south and the peace on the Korean peninsula and keep pace with the reckless moves of the Abe group, the lonely gangster group who are running amuck to realize the wild ambition for turning Japan into a military power and launching overseas aggression.

The dignity of our supreme leadership represents our pride and life and soul.

The army and people of the DPRK will never pardon those who dare challenge the dignity of its supreme leadership but mercilessly smash them as their best socialist system, most dignified life and most powerful national strength are all connected with it.

This is our stern warning given to the Japanese reactionary conservative media going reckless to commit such hideous crimes.

The NHK should clearly understand the catastrophic aftermath which its false report about the DPRK can create, and make an apology to the Korean people on its knees, though belatedly. -0-