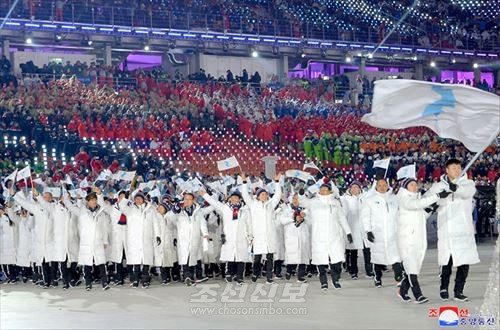 Pyongyang, April 28 (KCNA) -- The situation around the Korean peninsula is favorably developing as is universally known.

But only Japan is speaking ill of it, being vexed as if it walks on thorns.

This reminds one of Don Quixote as it is unable to properly sense the trend toward peace that prevails in the Korean peninsula and the region.

Clear is the reason why Japan known to be shrewd and smart is acting out the anachronistic role of Don Quixote.

Japan is now keen on calculating its own interests, in disregard of the desire and wish of the Korean nation, the regional people and the international community under the rapidly changing situation.

It has never truly wished for reconciliation and unity of the Korean nation and the peace on the Korean peninsula.

In the first half of the last century Japan put the whole of Korea under its control and used it as a springboard from which to realize its dream of the "Greater East-Asia Co-prosperity Sphere" and availed itself of the horrible Korean War in the 1950s to achieve the revival of militarism and boom of the economic recovery.

In the subsequent period, too, Japan, not ridding itself of the bad habit, deliberately aggravated the situation and used it as pretexts for arms buildup and overseas expansion.

Today it keeps calling for putting pressure on the DPRK, in disregard of the trend of the situation. This is aimed to overcome the ruling crisis it has faced inside and outside as it has been driven into a tight corner over the hideous scandal, attain its political purpose such as retrogressive revision of constitution and turn the table in its favor after shielding the "theory of negligence of Japan" abroad.

But just like cunning one falling victim to one's own wit, Japan has become blind, being unable to judge the trend of the times and even the gains and losses, as it has been keen on meeting its own interests.

The Japanese reactionaries should stop the pipedream of meeting their own interests at the sacrifice of others.

The fellow countrymen in the north and the south of Korea and the international community will never tolerate the crafty act aimed to tarnish the atmosphere of dialogue in the region.

Japan should clearly understand that its act of going against the trend of the times will only make it get marginalized as bubbles.

It will have no future if it remains unchanged as now. -0-