Today, Sunday, February 4, Koreans in different regions of the U.S. hold peace marches as a part of the nationally coordinated "Peace March in the U.S. for Successful Pyeongchang Peace Olympics." The marches are being in held in three cities — New York, Los Angeles, and Chicago.

2018 began on a hopeful note as North and South Korea sat down for direct talks for the first time after a decade of non-engagement. During those 10 years, in the absence of any engagement, we witnessed the ongoing escalation of war tensions on the Korean Peninsula and came to realize just how important it is for North and South Korea to be engaging in dialogue, exchanging, and cooperating with one another for the sake of peace on the peninsula.

Therefore we understand that the upcoming Pyeongchang Olympics, which will feature cooperation by North and South Korea, is a golden opportunity to start laying the groundwork for normalizing North-South relations. Out of this symbolic exchange could emerge more concrete actions to build peace, finally end the Korean War, and work towards reunification.

We also recognize that such an opportunity will be met with difficult challenges and obstacles. Already the Trump administration and South Korea's ultra-right media have attempted to disrupt the inter-Korean efforts at cooperating and undermine the symbolic meaning of the Pyeonchang Peace Olympics. The White House as well as the conservative media in South Korea have been framing the inter-Korean cooperation as "manipulation" by North Korea to "hijack the messaging around the Olympics." Rather than view this as an opportunity to build peace on the Korean Peninsula and supporting the joint inter-Korean effort to reduce war tensions on the Korean Peninsula, the U.S. and conservative forces in South Korea are choosing to take the hostile and provocative approach of demonizing North Korea.

We in the U.S. cannot sit idly by and look on with hope and anxiousness. We have to do what we can to show our support and solidarity for the Korean people on the peninsula making an effort to realize the hope of peace. We have to do what we can to ensure that the Pyeonchang Olympics successfully embodies a "Peace Olympics." And so even though we are Koreans living overseas, we aim to show our support of the Pyeonchang Peace Olympics through peace marches. This is our symbolic gesture of support for our fellow Koreans of the North and South actively working to cooperate with one another.

We are here in wishing for the upcoming olympic games to successfully represent the spirit of reunification that includes all North, South, and Overseas Koreans. 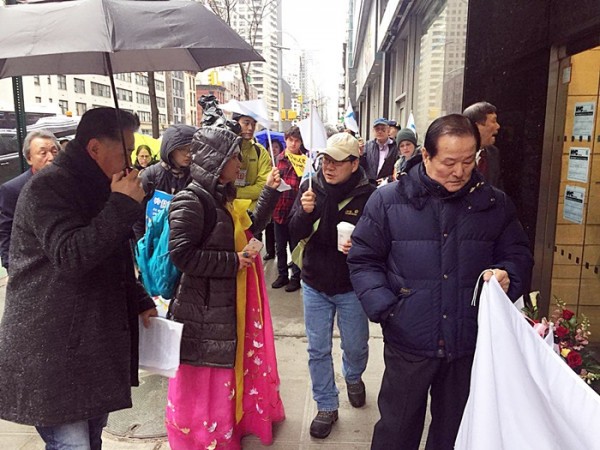 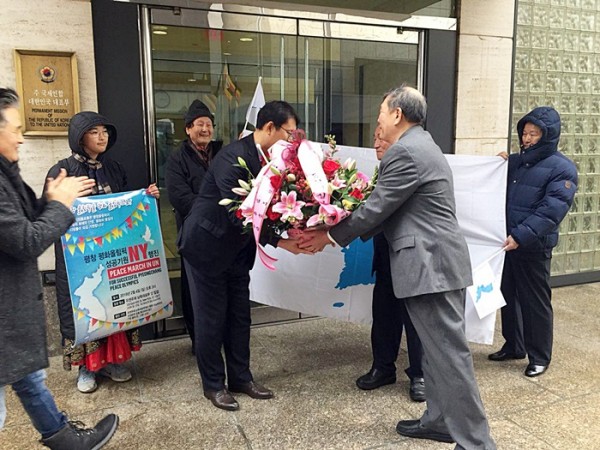 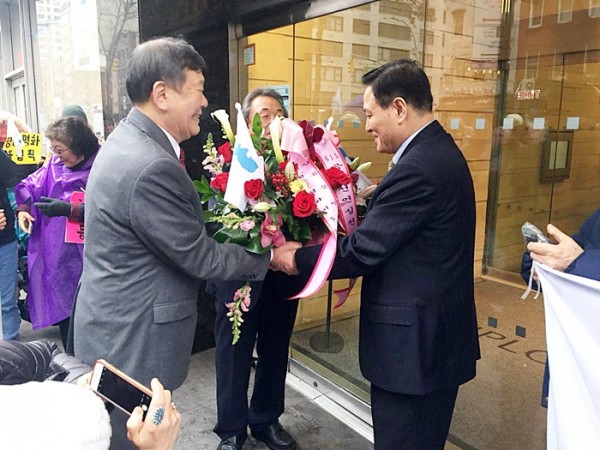 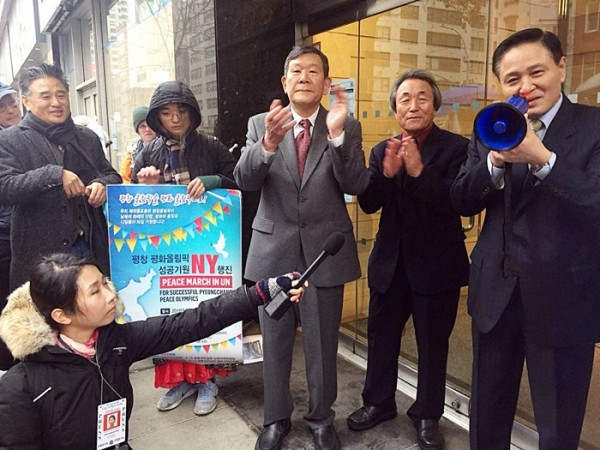 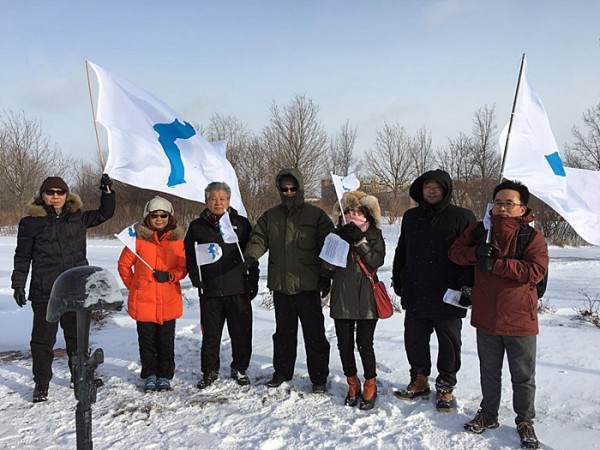 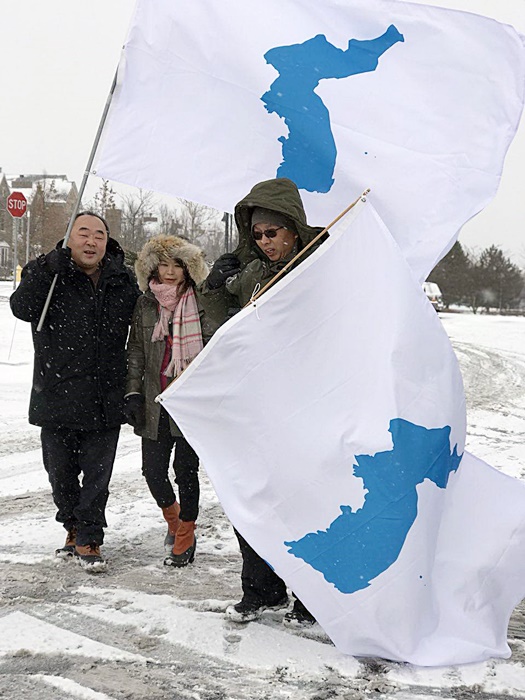 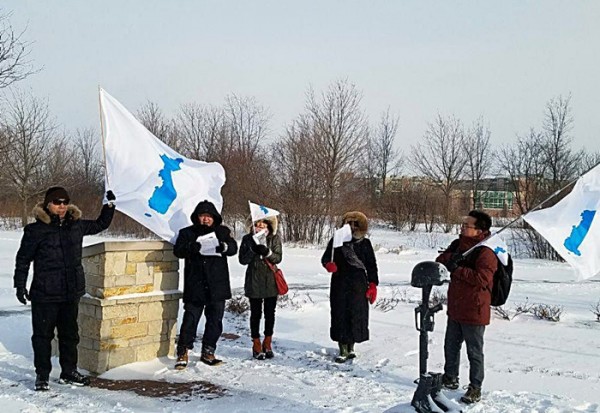 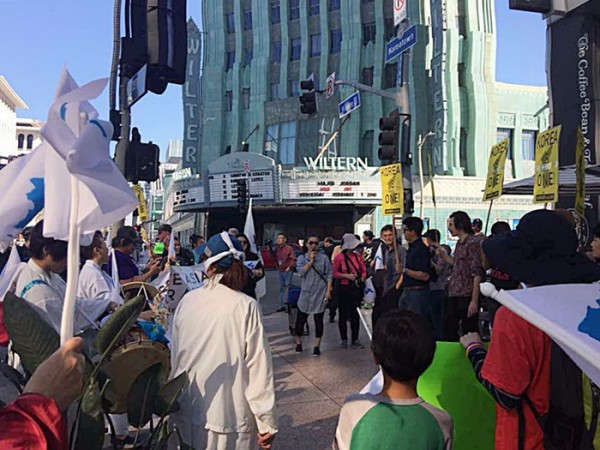 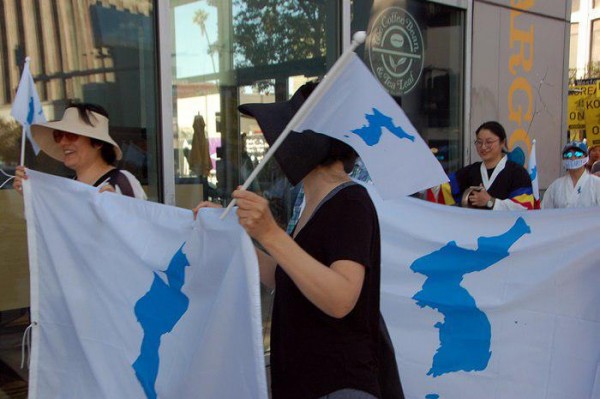 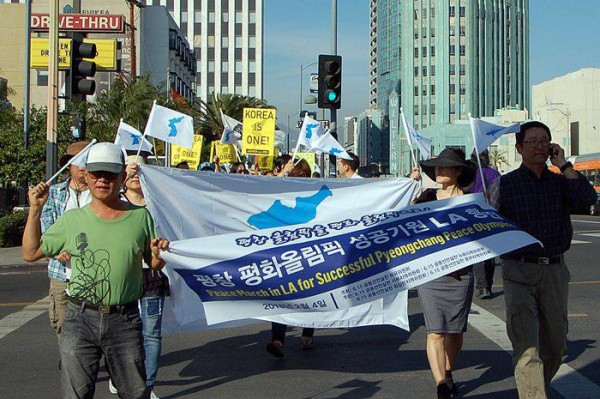 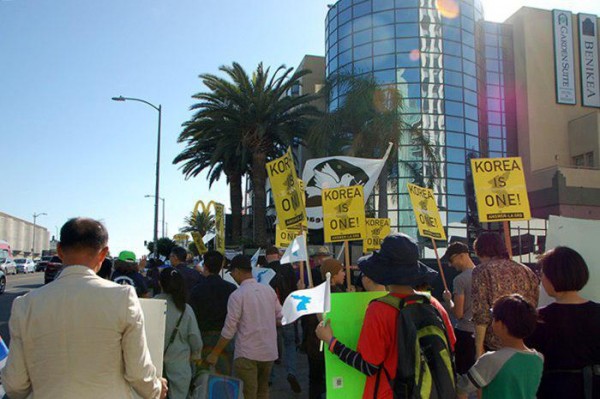 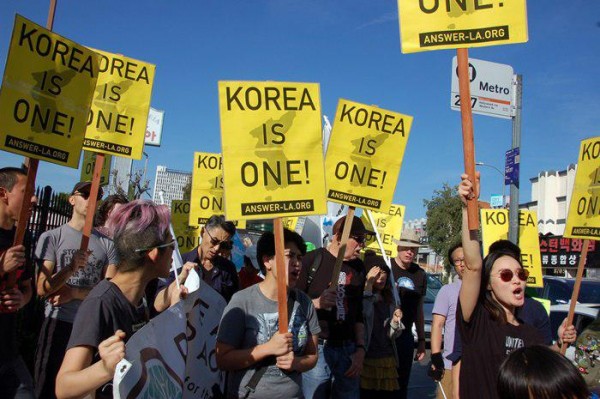 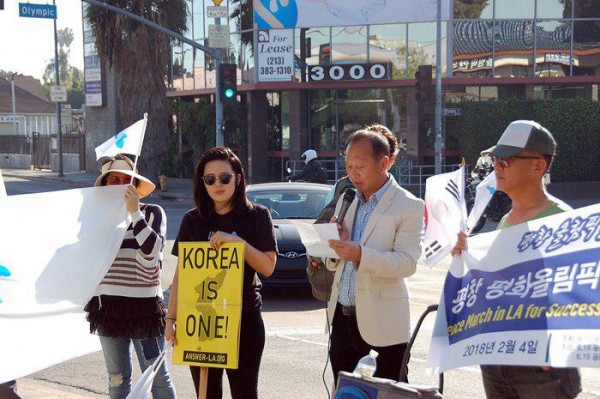 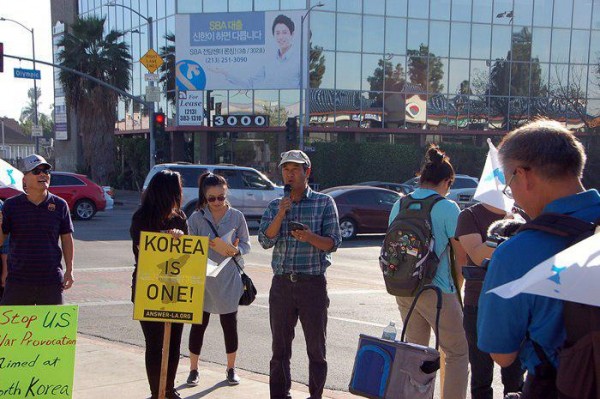 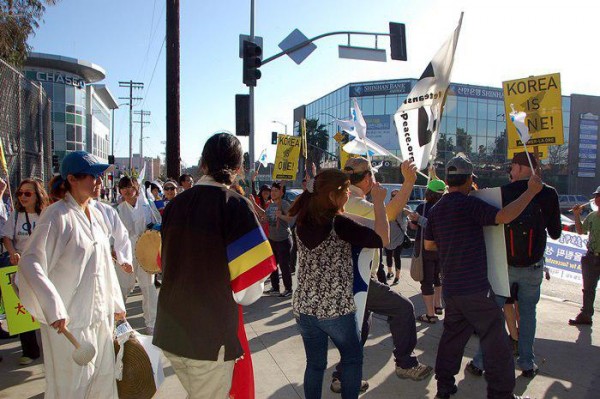 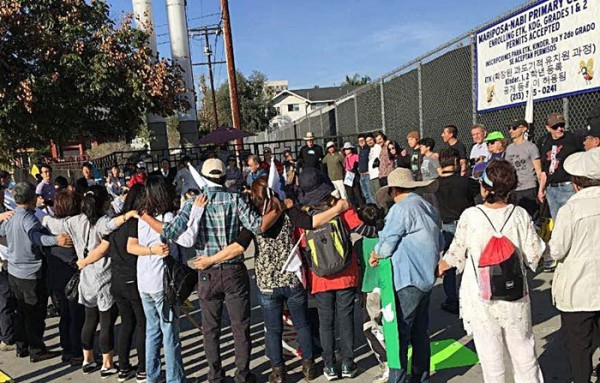