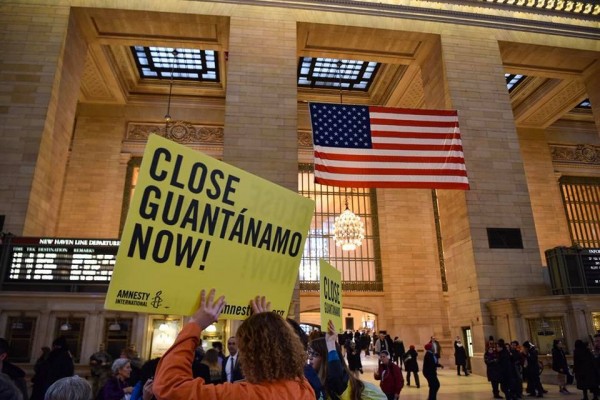 It was with heavy hearts that we, as members of Witness Against Torture, listened to Trump’s State of the Union address Tuesday evening. We heard him attempt to stoke fear in his listeners with wave after wave of references to terrorists and criminals. He began by linking terror to “illegal immigrants,” border walls, “chain migration,” and visa lotteries, before moving on to ISIS, Al Qaida, rogue regimes, unlawful enemy combatants and more.

By the time he mentioned the prison at Guantanamo, he had already clearly connected the foreigner and the immigrant with the idea of danger in his listeners’ minds. He had already skillfully set the stage when he announced his executive order to keep open the detention facilities at Guantánamo Bay. In Guantanamo, he reassured his listeners, we would “have all necessary power to detain terrorists — wherever we chase them down.”

The prison at Guantanamo has always depended for its existence on xenophobic fear, fueled by racism and Islamophobia. Stoking this fear helps leaders aggrandize their power, as the history of authoritarian regimes has amply demonstrated.

Witness Against Torture from its founding has sought to counter this hatred by recognizing the human dignity of each prisoner, beginning with our attempt to visit the prisoners in 2005, to fast in solidarity with their hunger strikes, and to lift their names, faces, and stories in the public eye and before the seats of power in Washington year after year. We have spoken up relentlessly for the right of every detainee to trial or release.

We continue to stand against the horror of the torture these men have suffered. We regard as an ominous warning Trump’s stated resolve to bring more “unlawful enemy combatants” to Guantanamo where “they should be treated like the terrorists they are.”

And so we resolutely continue. We turn our eyes with hope to the major legal challenge to Donald Trump’s continued detention of the men at Guantanamo, filed by the Center for Constitutional Rights, Reprieve, and co-counsel on the 16th anniversary of the opening of the prison. We are deeply grateful to our friends and allies who continue to plan rallies and actions in support of closing the prison.

On Thursday, Feb. 1, human rights activists from Witness Against Torture, the Justice for Muslims Collective, World Can’t Wait, the Center for Constitutional Rights and other groups gathered at Grand Central Station to protest Trump’s recent Executive Order on Guantanamo. Announced in the State of the Union address, the Order directs that the detention camp remain open, reversing the policy of President Obama to try to close the prison.

The camp at Guantanamo has been a place of torture and other gross human rights abuses. It continues to imprison 41 men — including 26 held without charge or trial and 5 whom the US government had already cleared for release. Trump’s policy also freezes any releases from the prison and orders that new captives can be brought there.

Guantanamo remains a blight on the US Constitution, the rule of law and basic democratic values. Trump’s policy, as challenged in a lawsuit brought by the Center for Constitutional Rights, is based in his well-documented racism and Islamophobia.

“Trump’s Executive Order brings us back to the darkest days of the Bush administration, when lawlessness and cruelty ruled,” says Jeremy Varon, an organizer with Witness Against Torture from Brooklyn. “President Trump is an anti-Muslim bigot, pro-torture, and favors keeping a torture prison open forever,” says Maha Hilal of the Justice for Muslims Collective. “With the Guantanamo policy, New Yorkers and the peoples of the world now have another reason to loathe this terrible leader.” 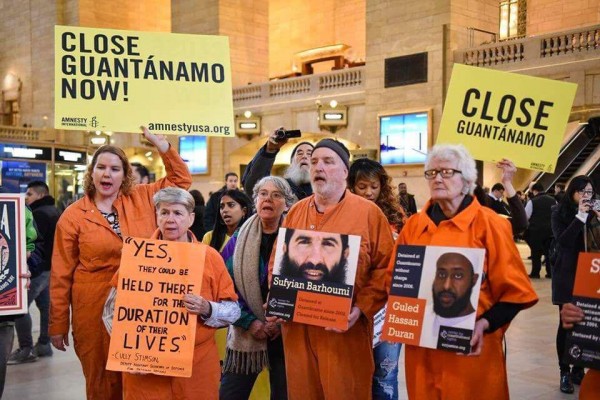 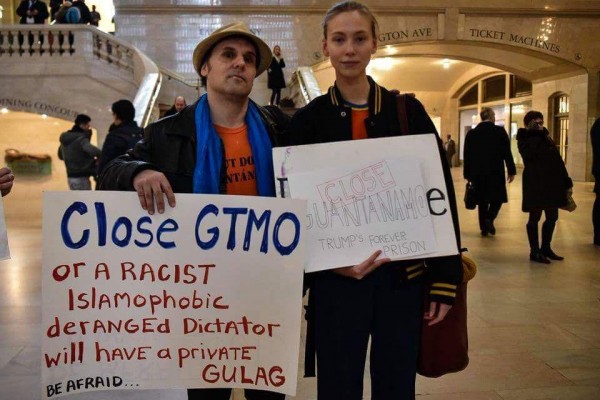 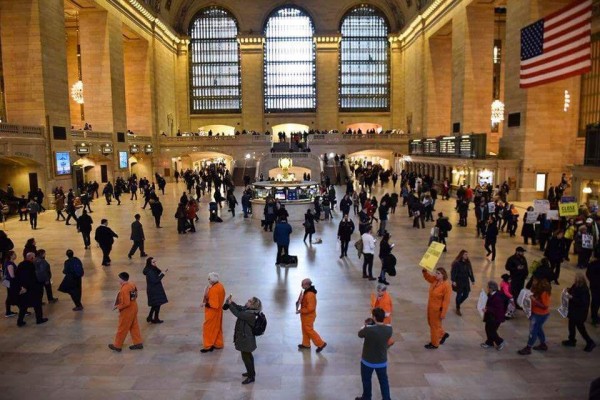