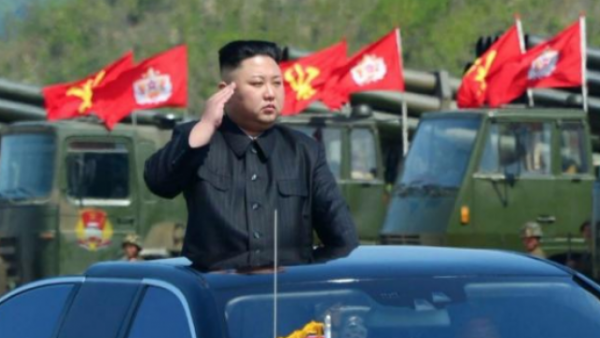 North Korea promised on Saturday to continue preparing "pre-emptive attacks with nuclear force" in the face of U.S. "blackmail," according to The Associated Press.

"Do not expect any change in its policy," the state's official media arm, the Korean Central News Agency (KCNA) said Saturday. "Its entity as an invincible power can neither be undermined nor be stamped out."

KCNA said North Korea has been working toward "bolstering the capabilities for self-defense and pre-emptive attacks with nuclear force," in response to ongoing "nuclear threat and blackmail and war drills" by the U.S.

North Korea has tested missiles at least 16 times in 2017, and threatened the use of a hydrogen bomb small enough to fit on a missile. More than one North Korean missile flew into the air space of neighboring Japan, and new models have flown to heights that some military analysts predict could reach the mainland U.S.

Increased provocations from North Korea have led to the implementation of crippling sanctions from the United Nations in the form of trade and crude oil bans, and bombastic rhetoric from President Trump.

Trump in August said he would unleash "fire and fury" on Pyongyang if it continued to threaten the U.S.