‘If US goes to war against N Korea, Pyongyang will fight back’ > News

‘If US goes to war against N Korea, Pyongyang will fight back’ 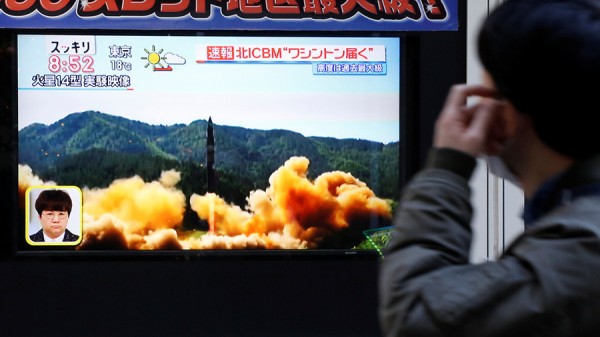 A man looks at a street monitor showing a news report about North Korea's missile launch, in Tokyo, Japan, November 29, 2017 © Toru Hanai / Reuters
North Korea, treated as a rogue nation led by crazy people, has developed a nuclear program they consider to be existentially important as a deterrent against the menace they perceive from the US, says Brian Becker from the anti-war Answer Coalition. 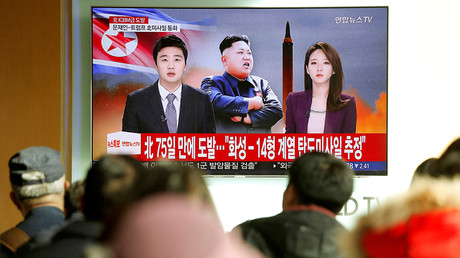 Pyongyang said the missile reached an altitude of around 4,475 kilometers (2,780 miles), more than 10 times the height of the International Space Station. It said it flew 950 kilometers (690 miles) during its flight, which lasted 53 minutes.

RT:Why do you think North Korea decided to conduct a missile test now, after a two-month pause?

Brian Becker: If you want to have an advanced missile technology program, they must be tested from time to time – at different times of the day, under different weather conditions, from different locations. I think the Kim Jong-un government and North Korea made it very clear in their New Year’s message to the nation that they were planning to go forward in what they call the final stage of the nuclear weapons program, so that DPRK would be understood to be a nuclear power by the world. And by having this kind of very advanced intercontinental ballistic missile test which was successful and traveled 2,780 miles straight up and could have, if flown horizontally, travelled about 8,000 miles, in other words, the distance to Washington DC. It is clear that the DPRK which has been treated as a rogue nation led by crazy people, a bunch of peasants, maybe ignorant, has in fact developed effective missile technology program and nuclear technology program which they consider to be existentially important for their having a deterrent against the menace that they perceive from the US – the largest military in the world. 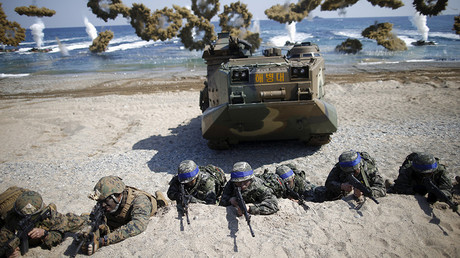 US heading to war with N. Korea 'if things don't change' - Sen. Graham

RT: The US Defense Secretary said this latest missile went higher than any previous launch, and yet we've seen quite a muted response from the US administration, with Trump merely saying he will "take care of it". Why is that?

BB: We don’t know. Actually, Trump has been all bluster and bluff. In spite of the fact that Trump says that he’s a great negotiator, the art of the deal, you never what Donald Trump’s bottom line is because there’s so much bluster. He said from the podium of the UN General Assembly that he was prepared to totally destroy North Korea, he called its head of state “little rocket man,” he said that the US would use “fire and fury” the type of which the world has never seen to take out North Korea. And at the same time now he calmly says of this missile test “we’ll take care of it.”…It’s quite clear that if the US – and there are many advocates here who favor this – goes to war, carries out a military strike against the DPRK, the DPRK will not wait, they will fight back, and we will have a major war which will take the lives of tens of thousands…or millions of people.

Joseph Cheng, a political analyst and professor at Hong Kong City University says that the escalation in North Korea has become “almost routine”.

However, he explained, it is “quite expected because North Korea will certainly continue to improve its nuclear weapons and missile capabilities so as to achieve the objective of processing a minimum credible nuclear deterrent”.

“Obviously, Pyongyang calculates to achieve the maximum propaganda impact - it wants to make sure that the world will be reminded of the North Korea nuclear weapons issue,” he told  RT.

According to Cheng, the Trump administration does not have “a credible strategy to deal with the issue”.

“Any military options on a part of the US will be very risky and strongly opposed by China and Russia. And will not be supported by South Korea. And it is obvious that economic sanctions alone will not be able to persuade Pyongyang to give up its nuclear weapons program,” he added.