The Syrian Army has liberated new quarters of Deir ez-Zor from Daesh terrorists. During the operation the army found large warehouses with a huge number of lethal weapons. The Syrian military source told Sputnik Arabic what exactly these warehouses were storing.

According to the Syrian military source there were a lot of US-made weapons and military equipment of Western European and Israeli production. Apart from M-16 automatic rifles there were TOW anti-tank missile systems and 155 mm US field guns.

“There were also Hummers, which were either used to transport people or were stuffed with bombs inside ready to explode. Israeli intelligence reconnaissance aircraft and a modern Israeli protective suit for conducting sapper work have also been found,” the source told Sputnik Arabic.

The source also said that tech for air and ground reconnaissance, satellite communications and bags with C-4 explosives were also discovered inside these warehouses.

There were also boxes with ammunition and weapons stored in the underground shelters, while tanks and cars were covered with a camouflage net to protect against Russian and Syrian airstrikes.

The Inside Syria Media Center website quoted Syrian Brigade General Ali al-Ali as saying that the United States illegally delivered at least 1,500 trucks with weapons and military equipment to terrorists in Syria between June 5 and September 15 of this year.

Although Washington said that these weapons were intended for US allies, they always fell into the hands of terrorists, the general said. 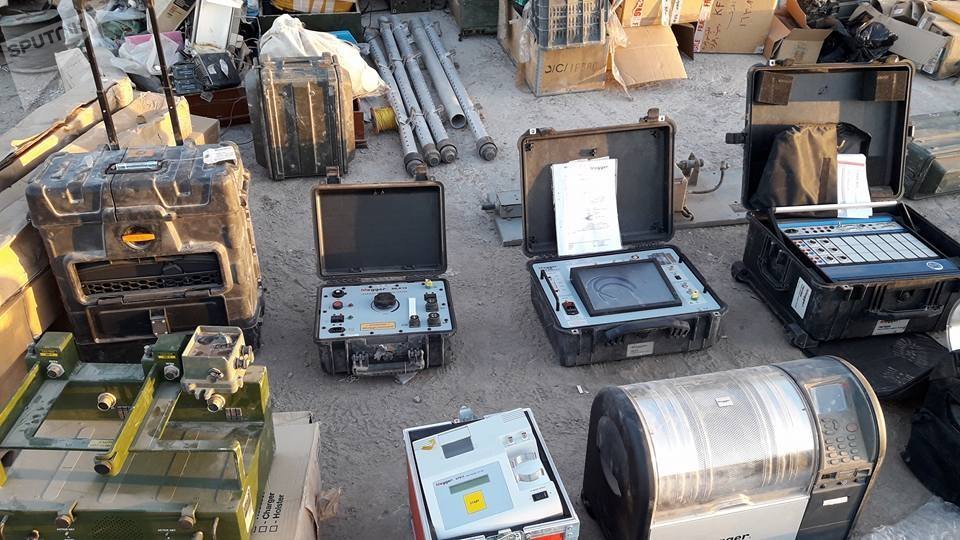 According to the website, the Austrian Glock 19 pistol is the most popular weapon among Daesh militants. Back in 2014, terrorists posted execution videos, in which those pistols were used.

Later it was discovered that these pistols were delivered to Iraqi law enforcement bodies in 2003-2004. 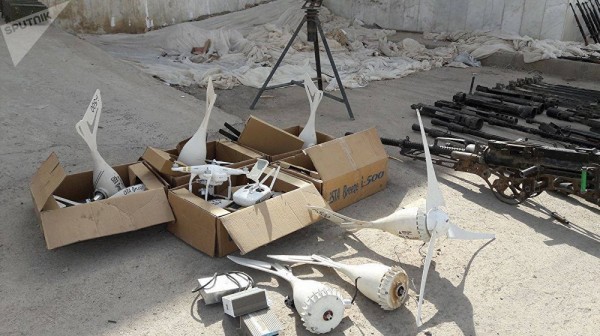 According to the brigade general, the M-16 assault rifles became a symbol of crisis in Syria. The Syrian Army has repeatedly found boxes containing weapons that read "US Property." Hence statements suggesting  that these were Chinese copies are probably incorrect. 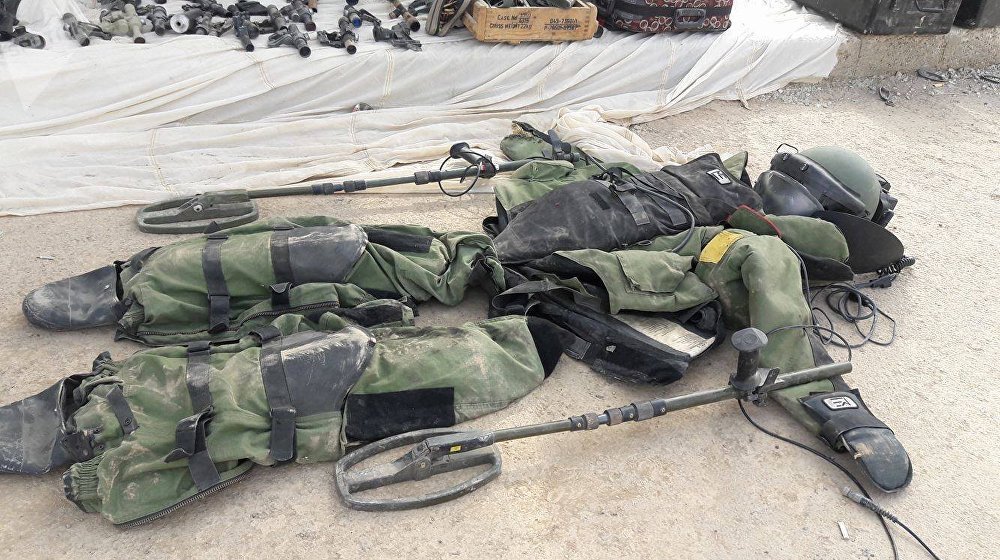 Furthermore, the Syrian Army on a number of occasions found the light automatic FN FAL rifle, which is a weapon used by the NATO. This rifle is equipped with a sniper scope and is generally used in urban dwellings.