Press Statement of the Permanent Mission of

the Democratic People’s Republic of Korea

to the United Nations

The Permanent Mission of the Democratic People’s Republic of Korea (DPRK) to the United Nations issues the following press statement with regard to the forced adoption of the “draft resolution” on human rights situation in the DPRK (A/C.3/72/L.40) submitted by the European Union (EU) and Japan at the Third Committee of the 72th Session of the United Nations General Assembly on 14 November 2017.

The “resolution” represents a product of the political and military confrontation, plot and conspiracy of the United States and other hostile forces to the DPRK as well as the extreme manifestation of politicization, selectivity and double standards of human rights. It has nothing to do for genuine promotion and protection of human rights.

It repeats the contents of the “report of COI” which are full of lies, fabrications, plots and frauds. It is the U.S. and hostile forces that manipulated the lies in the name of the “defectors” who are criminal and human scum. It also pursues their heinous political purpose to overthrow our state and social system.

Now the U.S. and its vassal forces are more desperate in their “”human rights” racket against the DPRK, while resorting to the unprecedented military threat and blackmail , sanction  and pressure against it.

Recently in the US, a “report on human rights abuses in north Korea and inspection of them” was submitted to the Congress. The 3rd “sanction step for tackling the human rights performance in north Korea” was made public adding institutions and individuals of the DPRK to the special sanction list. The US Congress orchestrated the anti DPRK farce by letting a bête noire make “testimonies” about “human rights abuses” in the DPRK at a hearing of the International Relations Committee of the Lower House.

In particular, the maneuvers of the U.S. to sanction and stifle the DPRK have reached the extremely vicious and barbarous phase in their attempts to eliminate the rights to survival and development of our State and people, destroy the modern civilization and turn the world back into a dark mediaeval age.

The indiscriminate blockade is being imposed to the DPRK under the pretext of implementing the “sanction resolutions” cutting the delivery of medical equipment and medicine for treatment and health of patients, disabled persons and mothers and children and creating obstacles to the production of educational equipment and nutritional food for children.

It also causes the abnormal situation whereby most of the assistance activities of international humanitarian organizations which worked in the DPRK for over 20 years have been set back or reduced.

The south Korea, which acts in front of the US led anti-DPRK “human rights” racket as well as the EU and Japan, the main sponsors of the draft “resolution” are actually not qualified to deliberate  others’ human rights issues due to their record of so many extra large crimes against humanity.

The U.S. and western countries chant human rights and democracy in front of the world. But at their back, they break the UN Charter and human rights instruments desperately as these are contrary with their own interests.

The United Nations should put a priority to a discussion of their human rights violations and to refer the criminals concerned to a court of justice.

It is the consistent policy of the Government of the DPRK to continue protection and promotion of the human rights of the popular masses with full responsibility.

Despite persistent sanctions and pressure by the U.S. and other hostile forces, my government concentrates all its efforts on improving people’s livelihood and providing them with a better future.

It is the stark reality of the DPRK that such superior measures for popular masses as universal free medical care, free education, free housing and equality between men and women continue to take effect and that entire people fully exercise and enjoy their human rights in all sectors of their social life.

Our people have infinite pride in their socialist system selected, consolidated and developed by their own will and also in their genuine system of protection and promotion of human rights which capitalism can neither have nor imitate.

The DPRK neither recognizes nor accepts the anti-DPRK “resolutions” railroaded by force at the Human Right Council and the Third Committee of the UNGA, as in the past.

The DPRK hopes for sincere dialogue and cooperation for genuine promotion and protection of human rights in the international human rights field, but will strongly respond to the end the confrontation and pressure to stifle our system. 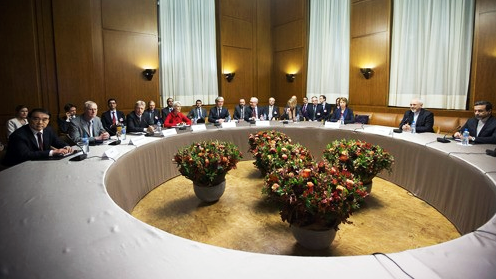