Ever since the BRICS (Brazil, Russia, India, China and South Africa) expressed their unison through the formation of a joint Development Bank – Durban, South Africa on 27 March 2013 – the Zionist-Anglo-Saxon caliphate attempted to divide them. The BRICS constitute some 45% of the world population and close to 30% of global GDP. The BRICS idea is to issue a joint alternative currency, fully detached from the US dollar and its greed economy.

In the meantime a number of other countries would like to join the BRICS, including Argentina, Venezuela, Iran, Mongolia, Malaysia and others, which would result in about one third of the world’s economic output and half of the global inhabitants.

This gives the BRICS a profile of strength surpassing that of the United States and Europe together. China alone is not only already the world’s largest economy, China is also dominating the Asian market of some 4.2 billion people, 60% of the world populations and a combined GDP of about US$ 20 trillion, equivalent to about US$ 25 trillion, when comparing purchasing power with the dollar based US economy of about US$ 17 trillion. Asia registered an average growth rate of almost 8% over the past few years, compared to that of the western world, hovering around 1%.

There is no need for the BRICS to fear US interference – divide to rein – if they are able to solidify their union with solidarity – political and monetary solidarity, as well as common trade policies – and if they have the political will to decouple their economies from the dollar – which is key for the BRICS success.

Sir Obama – here also called the western caliphate – has multiple self-assumed capacities. He creates new caliphates at his service, like the ISIS, the Islamic State of Iraq and the Levant (Syria); then he bombs them making the world believe they are enemies, condones their beheading of western journalists and clandestinely funds their Middle East crusade for energy and world dominance, a crusade the ISIS are carrying out for the supreme caliphate in the White House.

Washington’s caliphate also has a small army of ‘martyr nations’ fighting (and suffering) for him, like the 28 members of the European Union, led (sic) by a like-minded group of Washington-submissive neoliberal Zionist- Christian puppets. They do what Washington says. Most of them are also pro-forma members of the White House caliphate-driven worldwide war machine, called NATO, and ape the war cries of (the) Fogh (of war) Rasmussen, who is Obama’s master puppet in Europe.

Of course, the caliphate is always ready with sanctions for those who don’t behave, especially sanctions which backfire on others. The latest sanctions on Russia follow a series of billion dollar propaganda of lies and outright falsehoods, demonizing Vladimir Putin and Russia.

Interestingly the ‘sanctions’ imposed on Russia by Washington’s supreme warrior – and submissively carried out by his European minions, have been retaliated by Russia by blocking most of agro-trading with Europe, leaving European farmers with rotting vegetables and fruit – billion dollar losses, estimated at a multiple of the ‘sanctions’ costs to Russia.

Neoliberals are short-sighted. They are overwhelmed by greed, instant gratification, and a dream of Full Spectrum Dominance, meaning controlling the world’s resources, money and people.

But their caliphate empire is doomed, since lies and deceptions work some of the time with some of the people, but not all the time with all of the people. In fact, the tide is shifting – which is the silver lining of the dark cloud shed by the monstrous, murderous western war machine. The larger of the European minions, Germany and France, and some of the newer ones, Poland, Hungary the Czech Republic, to name but a few, become doubting and hesitating on the way of sanctions. They start feeling the hurt.

The Zionist Anglo-Saxon caliphate needs conflicts and wars in order to survive. Its economy is based on producing weapons and on destruction. World peace would make it collapse.

To attain their objective, the western caliphate is using a thousands-of-year-old wisdom – dividing to rein. By a multi-billion dollar driven worldwide propaganda and lie campaign, Obama and his European bootlickers first confuse the people of nations and continents, distort their common sense, then they drive a wedge between them, between allies, neighbors, common cultures, families – turning friends into foes.

Remember, the dollar is fiat money, not worth the paper it’s printed on. It is produced at will and is called Quantitative Easing (QE), a conveniently confusing euphemism for creating debt held as monetary reserves by nations’ treasuries around the globe.

The same happens with funding of the eternal war machine. Printing money at will has become a pastime justifying wars, mass killings for conquering the world’s resources and people. It will last as long as the rest of the world permits it. It’s already a fading phenomenon. Ten to fifteen years ago close to 90% of the world’s reserves were denominated in US dollars. Today that figure has shrunk to about 60%.

Dividing to rein is precisely what the western caliphate intends to do with the BRICS. Starting with Brazil, Washington attempts through an ugly smear campaign to slander Brazil’s leader, Dilma Rousseff and to defame Brazil’s economy. The former is accused of corruption and nepotism and Brazil’s economy is admonished for runaway private debt that supposedly stands at 80% of GDP. However, the smear-campaigners do not explain that thanks to the increase in private debt Brazil’s GDP has grown by 30% in the last decade. They don’t explain either that Brazil’s foreign debt to GDP ratio stands at less than 57%, compared with that of the US of almost 101.5% and of Germany’s, 82%.

In short, Brazil is doing well. But the presstitute media propaganda masters have managed to lower President Rousseff’s popularity to the point where her re-election in the forthcoming ballot is questionable. Precisely what the Washington caliphate wants.

It is clear that the BRICS have nothing to fear from the western caliphate – and its possible slew of sanctions. However – and this is key – the western Zionist-Anglo-Saxon empire controls the current western monetary system.

The FED, Wall Street, the European Central Bank (ECB) and the IMF, an extension of the US Treasury and the FED, as well as the Bank for International Settlements (BIS), the central bank of central banks, the privately owned chief manipulator of gold and currencies – hold the western economies hostage. They finance the US /NATO war machine.

The western Zionist-Anglo-Saxon controlled financial system has the same objective of Full Spectrum Dominance, as does the supreme caliphate and assassin-in-chief, Obama, who currently serves the western arms manufacturing and banking oligarchy.

It is therefore high time that the BRICS proceed to reality with their intended alternative currency, completely detached from the dollar and the Wall Street clearing system. The economic viability of such an alternative system stands about 2 to 3 times higher than that of the UD dollar. 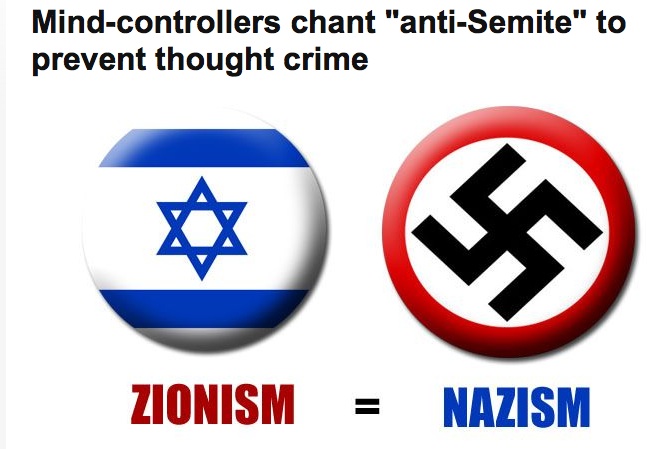 An interim measure to stop the western bulldozer may be necessary. Russia and China and a number of other countries have already agreed to trade in their respective currencies and, in particular, to trade hydrocarbons in non-dollar denominated moneys, a measure that will considerably lower demand for the dollar, hence, further lower the dollars viability as a reserve currency. Russia and China are poised to issue a common currency, a basket of currencies that may be joined by other countries willing to detach themselves from the fangs of the western abusive monetary caliphate.

On 3 and 4 September, NATO, the military arm of the western caliphate met in Wales, UK – to discuss its raison d’être. By NATO’s own admission, this was the most important meeting since the collapse of the Soviet Union, attended by 60 heads of state, including the 28 NATO members. As expected the focus of the meeting was to demonize Russia, a key member of the BRICS, with lies and slanders that know hardly any competition in the world of deception.

The final briefing report is so full of nonsense and unproven accusations – similar to those continuously aped by Fogh Rasmussen – that Russia doesn’t even need to counter them. The NATO declarations drown in their own lies and deceptions.

It is clear, after 65 years of existence and chaotic disasters all over the world, NATO needs a new identity, a new Cold War, or, better even, a new direct war with Russia – for ‘the security’ of Europe.

Therefore, the caliphate Obama, in hopefully one of his last unabashed moves, is requesting that Europe ups its ante – that the European members contribute at least 2% of their GDP to NATO – and let the military industrial complex move more weapons into the European NATO bases. In other words, making Europe more vulnerable to Russian defense attacks, putting the peoples of Europe once again in the firing line. The European leaders (sic) seem to be oblivious to such dangers. However, there is hope. As said by Pepe Escobar,

“The real deal this September is not NATO. It’s the SCO’s summit. Expect the proverbial tectonic shifts of geopolitical plaques in the upcoming meeting of the Shanghai Cooperation Organization – a shift as far-reaching as when the Ottoman Empire failed at the gates of Vienna in 1683. On the initiative of Russia and China, at the SCO summit, India, Pakistan, Iran and Mongolia will be invited to become permanent members.”http://www.informationclearinghouse.info/article39599.htm

The SCO summit could be the first step towards a new world order – not the notorious “One World Order” proclaimed by the empire of the Zionist-Anglo-Saxon caliphate – but a new direction of the world, away from an usurious, abusive financial and monetary system, away from Washington’s objective of Full Spectrum Dominance – towards a new world of sovereign states.

Peter Koenig is an economist and former World Bank staff. He worked extensively around the world in the fields of environment and water resources. He writes regularly for Global Research, ICH, the Voice of Russia, now Ria Novosti, and other internet sites. He is the author of Implosion – An Economic Thriller about War, Environmental Destruction and Corporate Greed – fiction based on facts and on 30 years of World Bank experience around the globe.